Breaking News
Home / POLITICS / Alban Bagbin: If Coup Happens, It Is Parliament That Suffers, Not Judiciary Or The Executive 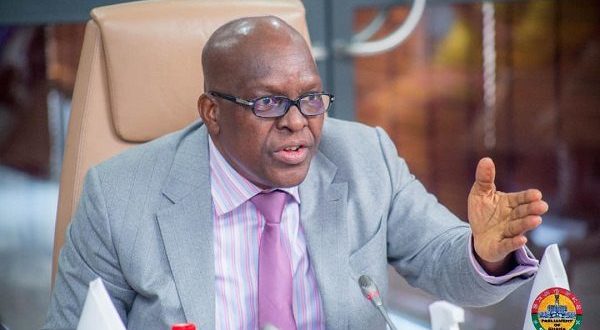 Alban Bagbin: If Coup Happens, It Is Parliament That Suffers, Not Judiciary Or The Executive

The speaker of Parliament, Alban Bagbin, has expressed concerns about commentaries on coups among some Ghanaians in the country lately.

He noted that if coup happens, it is Parliament that will suffer not the judiciary or the executive.

Speaking during a meeting with Council of State members on Tuesday March 1, he said “If there is coup, it is parliament that suffers, judiciary will always be there, there will always be an executive arm and because of that absence of parliament many Ghanaians don’t understand what parliament is.

“I have gone through it from 1993 up to date, I have seen some of the challenges, I have identified some. When I took over as Speaker then the weight came on me.

“I see myself, even though I am a member of the NDC, throughout my practice I have not been a fanatic of party politics. I have always preached across the political divide.”

His comments come at a time Dean of the University of Ghana Law School, Professor Raymond Atuguba has said at a public forum in Accra on Monday February 28 that conditions are rife for coups in Ghana because the country currently going through bad economic conditions.

Prof Atuguba said the government must be compelled to acknowledge the economic mess and try to deal with it.

“We do not want coup in this country but if we do not act quickly we may have one in our hands. There is one thing to do now, prevent coup in Ghana since the climate and the environment, national and immediate international, are conducive for one. We must compel the government to acknowledge the current economic mess, they mostly, and previous governments, to a larger extent.

“Ghana’s economic problems started before Covid-19. On balance, Covid-19 was a good thing for Africa and Ghana.” he said at a forum held by Solidare Ghana Monday February 28.

He further noted that as wicked as it is, the E-levy is the only way to save Ghana’s economy from collapse in the short term.

“The first step is to pass the E-levy immediately and implement it effectively. To prevent the collapse of the economy and a return to the stronghold of the IMF, we have no choice but to pass it…. As horrible and wicked as it is, it is the only way to save our economy from collapse in the short term.”

“The starting point for passing the E-levy is for government to stop lying to the citizenry, come clean and confess that they thought the job of managing the economy was simple, but now they know better, plead with the people of Ghana that we have limited options now,” the former executive secretary to former President Mahama added.

In a response to him, a leading member of the governing New Patriotic Party (NPP), Gabby Otchere Darko, said in a tweet that “If you’re a senior member of an opposition party that can be described as an ‘alternative government’ & yet you say that your country is ripe for a coup, what you’re really saying is that your party is no better & cannot be expected to fix whatever you see wrong even if elected!”