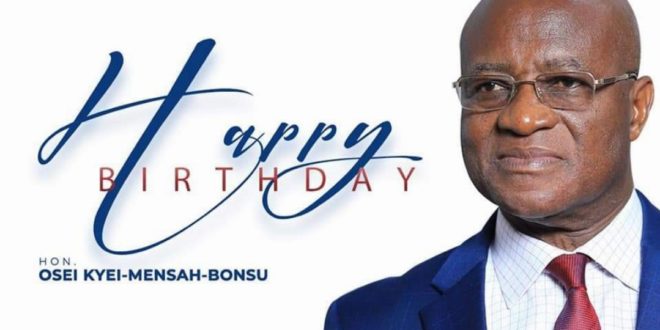 Today, February 3rd, 2022, marks the birth of an illustrious son of the land. An distinguished personality who has contributed immensely to the progress and growth of Ghana’s democracy.

Born on a Sunday morning some 65years ago in Bremang Afrancho, a suburb in the Ashanti region of Ghana, Hon. OKMB, has in most part of his life, depicted unique traits of loyalty, honor and consistency throughout his time of public service. His diligence, intelligence and the competence with which he delivers whenever mandated to perform any task, has won him much admiration from many great men in this country and beyond.

To the Ashanti King, Otumfuo Osei Tutu II (HRM), Hon. OKMB is the “Sompahene”, to wit; A Chief Servant. A title he, the Royal Majesty, bestowed on the venerable captain of legislators.
To the President of the Republic of Ghana, “He is extremely versatile in handling various subject matters including legal issues, even though he is not a lawyer”.
The Vice President of the Republic, Alhaji Mahamudu Bawumia has also given his piece of commendation, stating “ I have great respect for him because he is a man of great integrity, with deep understanding, and I dare to say, a repository of knowledge when it comes to parliamentary affairs”.

Hon. OKMB’s political tolerance and firm belief in consensus building, is seen and attested to by key persons even from opposing political parties.
The Minority Leader, Hon. Haruna Iddrissu once stated “In my short life as Minority Leader, I can attest to his fidelity to principles and his continuing quest to build consensus on many national issues”

The current Speaker of Parliament described him as “Diligent, Focused with a taste for detail and phonetic voice, the ever-present Hon. Dr. Osei, delivered his contribution with with decorum, civility and decency.”

Born to Ama Serwaa, a kin of the Biretuo Abusua in Afrancho Brokrong- Bremang and a staunch member of the Assemblies of God church, Osei Kyei-Mensah-Bonsu had a typical Christian training, as a child. With strict sense of discipline, a touch of Christian ethics and other enviable principles being at the core of his upbringing, OKMB’s admirable qualities in public life, can unequivocally be attributed to the training he had.

As a dependable family man, Hon. OKMB is blessed with a very beautiful companion, in the person of SOMPAHEMAA Mrs. Irene Kyei Mensah Bonsu, a UK-trained professional Nurse and a renowned philanthropist, who doubles as the Executive Director of the ‘Sompahemaa Foundation’. He is blessed with adorable children.

As an urban planner by profession and an astute career politician with over 25years of experience in Ghanaian politics, ‘Leader’ has chalked so many achievements.
Hon. OKMB entered parliament in 1997, and has risen through the ranks from being the Secretary to Minority, through to being the Minority Leader and subsequently the Majority Leader, Minister responsible for Parliamentary Affairs and Leader of Government Business.

Institutions of higher learning have constantly acknowledged his in-depth knowledge and insight in politics and governance in general. The University of Professional Studies, in 2017, at their 9th congregation conferred on him, an Honorary Doctorate Degree (Doctor of Laws). That being said, Hon. OKMB has also given keynote addresses at numerous forums, lectures and symposia at several institutions of higher learning.

Today, we celebrate, not only a consummate politician but a loyal stalwart of the New Patriotic Party and a compassionate family man and a legend who has so much love for his country and its entire citizenry.

As stipulated in the epistles of William Shakespeare’s Act 3 Scene 1, “In thy face I see the map of Honour, Truth and Loyalty” ~King Henry (VI).

To the many, especially the youth who admire and would want to emulate Hon. OKMB, “Learning is not attained by chance, it must be sought for with ardor and diligence.”
~ Abigail Adams. 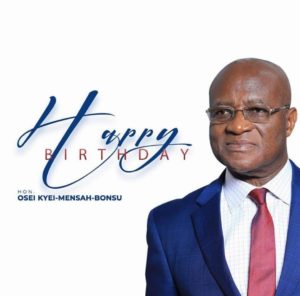 I'm Adwenpa-Hene |Blogger & Broadcaster Journalist. I am the CEO and manager of this noble website. I publish on Entertainment, Sports, Politics, Lifestyle, and Technology. You can also follow Us on : YouTube Channel - My Ghana Media TV, Facebook - MyghanaMedia TV , Twitter - @MyGhanamedia2 & Instagram - My Ghana Media TV. Email Address: [email protected] Contact Us: 0200818719
@@MyGhanamedia2
Previous Major Accra Roads To Be Temporarily Closed For ECOWAS Heads Of State Summit Slated For Today
Next IMF: We Are Ready To Support Ghana If Contacted By Authorities 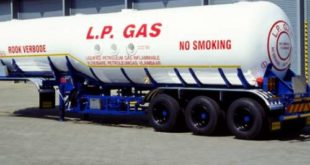 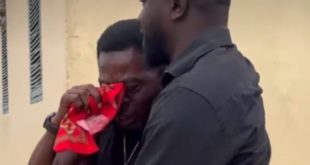