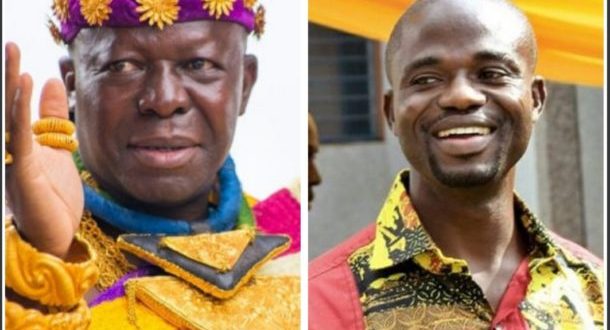 The award was conferred on him by the Life Patron who serves as Father and Overseer of the Millenium Excellence Foundation Awards, for his outstanding contribution to national development and consistent fight against corruption through his various investigative pieces.

“You have mastered how to stand up against corruption with the most resolute conviction like David against Goliath when standing up is not for the faint hearts. You are a true patriot and a hero for silent majorities,” parts of the citation read.

Manasseh was described as a treasured hero who has not only saved the country millions of dollars through his work, but strived to ensure the ordinary citizen doesn’t suffer the brunt of selfish leaders’ irresponsibilities.

“For a poor nation that loses billions of dollars each year to corruption, procurement fraud and the likes whilst majority of its citizenry wallow in abject poverty, any citizen that rises against such an evil canker is a treasured hero,” it also said.

The ace journalist who shared this on his Twitter feed has since received many congratulatory messages for the new feat.

This award is under the Millenium Excellence Foundation Awards which was founded by Ashim Morton who is chair of the governing board of the foundation.