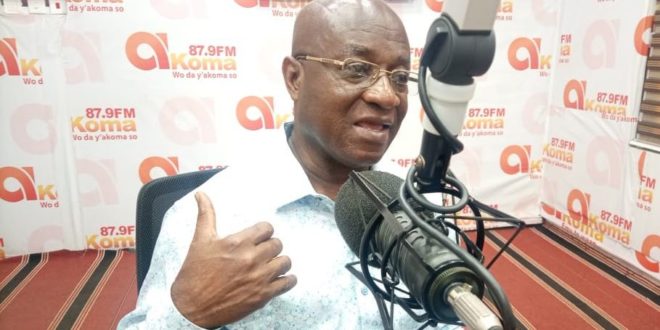 The Member of Parliament for Suame Constituency, Osei Kyei-Mensah-Bonsu, who doubles as Minister for Parliamentary Affairs, has assured that the much touted Suame interchange project will commence before 2022 ends.

Speaking on Akoma FM‘s current affairs and political show GhanAkoma Wednesday, May 11, the Majority Leader assured that “almost all the pre-arrangements for the project to kick start, the contractor has done all surveys and all the drawing board works have completed so I can assure you that you at most by September ending you will see contractors on site”.

Finance Minister Ken Ofori-Atta, during the 2022 budget presentation in Parliament, disclosed that the Suame industrial enclave and other areas within the Greater Kumasi Metropolis will have interchanges to decongest the vehicular traffic.

The Majority Leader of Ghana’s Eighth Parliament while touching on other issues further explained that though the project has delayed, it is better late than never “so as all the preparatory arrangements have concluded, there’s the green light to commence the Suame interchange to decongest the numerous traffic on the Suame-Afrancho stretch”.

See also  Joy Writes: Down The UP Escalator Reflections: Fix the Country!

Mr Kyei-Mensah-Bonsu admonished residents along the said stretch to evacuate with immediate effect especially those who have been served notice.

He urged for united efforts to ensure the much touted Suame interchange will be a reality.