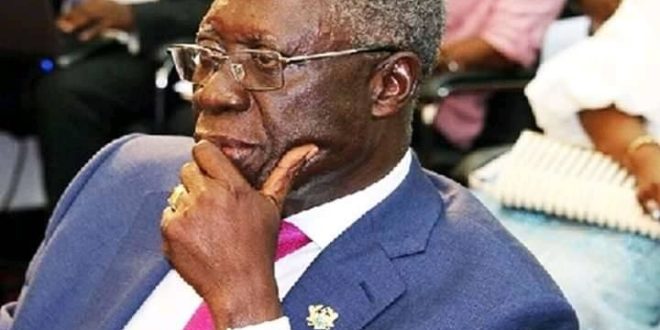 The Bantama Youth Association has described comments by the senior advisor to the President of Ghana, Yaw Osarfo Marfo, as appalling and distasteful.

They have called on the former Senior Minister to retract his statement with immediate effect.

Claims by the Presidential Advsor that the people of Ashanti made no contribution towards Ghana’s fight for independence has been branded as irrational by the Bantama Youth Association.

Their statement follow a publication of a secret tape recording in which the former Oda Member of Parliament is heard making some ethnocentric comments.

In the said tape, which has recently gone viral, Mr Osarfo Marfo, during a meeting with the delegates of the New Patriotic Party (NPP) in the Eastern Region, questioned the contribution of the Ashanti people while touting the Akyem tribe as having led the fight for independence. 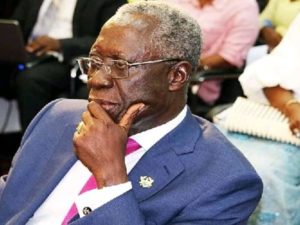 But the Bantama Youth Association while referring to history, argued that the Akyems had little to do with the formation of NPP, which is now the ruling party.

Yaw Osarfo Marfo has been under heavy criticism following the publication of the secret recording.

The spokesperson of the Association, Kwame Awuah Nimfour, was disappointed about the comments.

He described the alleged audio as reprehensible and odious.

“We are not surprised that the contents of the alleged audio are coming from Yaw Osarfo Marfo. We are aware he has a history of making supposedly tribalistic comment. He is, however, shocked that the Asantes will be drawn into an issue that is purely partisan and should not be tribalized.”

He wondered why Mr Osarfo Marfo will expose himself for attacks by making such comments.

“Hon Yaw Osarfo Marfo is a tribal bigot. And I don’t understand why he opens himself up for insults from many people including the youth. If you are dealing with your party issues in your region, why must you attack Asantes?”

He also expressed disappointment about the MPs in Ashanti Region who have done nothing to improve on infrastructural development in the Region.

“We have 47 Members of Parliament from Ashanti Region and none of them is helping in the development of the region. Our MPs have disappointed us and if they do not change their style, we pick our members to contest various constituency in 2024 elections. We will petition the Asantehene Otumfuo Osei Tutu II on this development.”

He mentioned some projects captured in the budget like the Suame interchange, Airport roundabout flyover but all are yet to start.

“The government promised some projects in the region and work has not started on those projects and our MPs are not doing anything on it.”

I'm Adwenpa-Hene |Blogger & Broadcaster Journalist. I am the CEO and manager of this noble website. I publish on Entertainment, Sports, Politics, Lifestyle, and Technology. You can also follow Us on : YouTube Channel - My Ghana Media TV, Facebook - MyghanaMedia TV , Twitter - @MyGhanamedia2 & Instagram - My Ghana Media TV. Email Address: [email protected] Contact Us: 0200818719
@@MyGhanamedia2
Previous KMA To Demolish Illegal Structure To Obviate Floods
Next National Cathedral: Retract Your False Claim Against Me Else I will sue – Attorney General Tells North Tongu MP