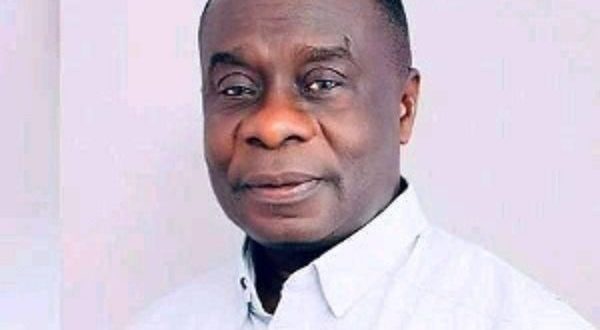 The Embattled Member of Parliament for the Assin North Constituency,  James Gyakye Quayson has filed two motions at the Cape Coast Court of Appeal including seeking for “reliatment” of his appeal.

The other motion is also seeking for a Stay of Execution of the High Court judgement on July 28, 2021.

The Court of Appeal on March 22, 2022 struck out his motion on notice for Appeal on grounds of non-compliance of rules.

The High Court in Cape Coast had on July 28, 2021 restrained the MP from performing his parliamentary duties in a judgement that declared his seat vacant.

The matter has been since running back and forth until the Supreme Court panel of seven on Wednesday, April 13 injuncted the MP from parliamentary roles.

In the motion for relistment of the appeal, his lawyers led by Tsatsu Tsikata contend that “the 1st Respondent himself has filed a writ invoking the original jurisdiction of the Supreme Court to interpret article 94(2)(a) of the Constitution. Exhibited herewith and marked EXHIBIT JPT 10 is a copy of the writ which 1st Respondent exhibited with an affidavit he filed in opposition to the application for certiorari that I filed on behalf of the Applicant in the Supreme Court.”

“That based on the purported Registrar’s certificate of noncompliance, what this Court said it was striking out was a nonexistent notice of appeal allegedly filed on 28th July, 2021 and not the Notice of Appeal which I caused to be filed on 2nd August, 2021.

“That it is open to this Court to declare that the Notice of Appeal that I filed on 2nd August 2021 still subsists.

“That the court, in purporting to strike out the appeal, is evidently of the view that there needs to be compliance at this time with the provisions of C. I. 19 in relation to the filing of written submissions, even as the interpretation of article 94(2)(a) of the Constitution is pending.

“That it is in the interests of justice that the serious substantive issues in the appeal that were filed on behalf of the Applicant, including the issue of the need for reference of the interpretation of article 94(2)(a) of the Constitution, be adjudicated upon.

“That the Court has discretion to re-list an appeal that has been struck out and to make orders regarding the time for various steps to be taken by parties in respect of the appeal.

“That, accordingly, we are craving the indulgence of the court to relist the appeal and to make an order for us to file written submissions for the appeal within 21 days of the Supreme Court providing an interpretation of the said article 94(2)(a) of the Constitution whether through processes initiated on behalf of the Applicant herein or through the process initiated by the 1st Respondent as evidenced by EXHIBIT JPT 10 herein.

“That such an order would avoid a situation whereby we file our written submissions only to find out that, as a result of the Supreme Court giving an authoritative interpretation, we would have to s leave for further submissions to be filed,” he stated.

For the motion for Stay of Execution of the judgment of the High Court, they contend that, the exceptional circumstances justifying the stay are all the serious errors of law in the decision of the Court on March 22, 2022.

“That if a stay were not granted in respect of that decision, it would amount to the Court of Appeal being allowed to infringe the Rules of Court under which it is required to operate as well as to ignore binding decisions of the Supreme Court and fundamental rules of natural justice with impunity, and thus undermining fundamental tenets of constitutional governance and the rule of law.

“The total disregard for basic rules of natural justice in the proceedings of the Court of Appeal, in particular, also constitutes exceptional circumstances which justify granting the application for stay of execution.

“That if execution of the High Court Judgment is not stayed, the people of the Assin North constituency will lack representation in Parliament for a significant period without any just cause.

“That, if execution of the High Court decision is not stayed, there would likely be a multiplicity of suits in respect of the representation in Parliament of the people of the Assin North constituency as the Applicant would challenge an attempt to hold a by-election in the constituency while Applicant has been gazetted and sworn in to represent the said constituency.

“That a failure to stay execution of the Judgment would not only occasion an irreparable injustice and damage to the people of the Assin North Constituency and the Applicant, but it would also lead to the 2nd Respondent having to expend significant financial resources in organizing a by-election when the patent errors of the High Court mean thatit is not necessary to hold such a by-election.

“That the foregoing constitute exceptional circumstances for which reason this Honorable Court ought to grant an order of stay of execution of the order to strike out the appeal against the Judgment of the High Court,” the affidavit in support noted.

I'm Adwenpa-Hene |Blogger & Broadcaster Journalist. I am the CEO and manager of this noble website. I publish on Entertainment, Sports, Politics, Lifestyle, and Technology. You can also follow Us on : YouTube Channel - My Ghana Media TV, Facebook - MyghanaMedia TV , Twitter - @MyGhanamedia2 & Instagram - My Ghana Media TV. Email Address: [email protected] Contact Us: 0200818719
@@MyGhanamedia2
Previous GMet Warns East Coastal Residents Of Possible High Tidal Waves
Next Netherlands-based Ghanaian: My Mother Gave Me Out To Traffickers To Become A Prostitute In Europe