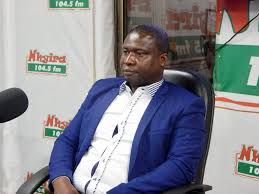 There is renewed hope among a growing number of residents of Atwima-Nwabiagya Municipality that the Chief Executive (MCE), Michael Amoah Awuku would finally be kicked out of his position.

Apart from ordinary residents who demonstrated against him until police had to disperse them, there have been complaints from chiefs against his denomination and now the most recent is allegations from his potential contenders that they are being intimidated by him and their businesses within the municipality have become targets of victimization.

Although Michael Amoah Awuku has consistently denied the allegations,  the number of persons pointing accusing fingers at him keeps increasing.

The latest comes from the camp of one of his contenders, who owns the Royal Ann College of Health.

It is reported that  men with heavily built muscles suspected to be from the outfit of Michael Amoah Awuku were led by a certain  Pablo to assault workers at the Royal Ann College of Health knowing very that the facility belongs to one of the MCE aspirants.

According to owners of the property, this occurred on 21st May 2021.

“We were here when suddenly one Pablo who is a known boy of the MCE came here to attack us claiming they were the assembly task force. They claimed they were here to take some permits”, a Supervisor of Royal Ann College of Health revealed

Meanwhile the name of Michael Amoah Awuku has popped up for his alleged role in illegal mining.

He is reportedly fueling galamsey activities through his a certain Yussif Yahaya an Assembly member for Ntabanu Electoral area who is also a Deputy Organizer  of the National Democratic Congress (NDC) in the area.

Illegal mining activities in the area is detrimental to River Mankran, the only source of drinking water in the community and its environs.

The alleged conduit, Yussif Yahaya has admitted engaging in mining but said he stopped long ago because of the recent challenges associated with that work following government directives.

He also denied being backed by the MCE in the activity as being claimed by some persons insisting that he is his own man and does not need the backing of the MCE to operate.

“It is true I am into mining, but I have stopped following the directive by government. Upon assumption of office he stopped us from mining activities and even seized our equipment each time we were spotted on site. How can such a person be the same one fueling it”, Yussif Yahaya revealed.

But  several persons in the community have alleged without evidence that the MCE is a beneficiary of the said illegal mining activities within the Ntabanu area and has therefore refused to act against its proliferation.

In a rebuttal,  Sampson Kwaku-Agyin, NPP Polling Station Chairman for Ntabanu said he is unaware if the MCE is involved in illegal mining. According to him, what he knows is drawing the attention of the appointee to activities of illegal mining that is polluting water bodies from the Ahafo Ano South.

“What I know is that the pollution of the water bodies in the Mankran River starts from the Ahafo Ano South and flows to Ntabanu. I have drawn the attention of the MCE to it but he told me it does not fall within his jurisdiction but has made some efforts to curtail the practice. I am not sure he is into illegal mining as being accused of because he once used armed security personnel to chase out galamseyers”, he revealed.