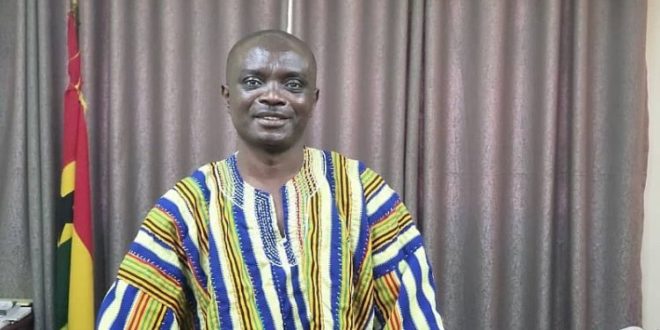 The governing New Patriotic Party (NPP) has denied reports making rounds that the Members of Parliament for Ahanta West and Minister of Chieftaincy and Religious Affairs, Ebenezer Kojo Kum, is dead.

Reacting to the development in an interview on the Accra-based Power FM on Wednesday (9 March), Issah Fuseini, the Western Regional director of communications for the NPP said the report is false.

“He is doing well,” Fuseini said. “I don’t know what people want to achieve with these reports.”

Kum was born on 4 April 1967 in Takoradi. He hails from Dixcove in the Ahanta West District of the Western Region.

He is a lawyer. He first won the seat in 2016 after he beat the late George Kwame Aboagye of the National Democratic Congress. In the 2020 election, he retained the seat for the NPP.

He obtained a Bachelor of Arts (Hons) degree and a diploma in education from the University of Cape Coast, and a barrister at law from the Ghana School of Law.

He is married with one child.

I'm Adwenpa-Hene |Blogger & Broadcaster Journalist. I am the CEO and manager of this noble website. I publish on Entertainment, Sports, Politics, Lifestyle, and Technology. You can also follow Us on : YouTube Channel - My Ghana Media TV, Facebook - MyghanaMedia TV , Twitter - @MyGhanamedia2 & Instagram - My Ghana Media TV. Email Address: [email protected] Contact Us: 0200818719
@@MyGhanamedia2
Previous Criminals Have Joined The Police Service, Re-profile All Officers Who Joined In The Last 10yrs – Security Analyst
Next Andy Owusu To NPP TESCON In Scotland: Use The Knowledge You Will Acquire To Open Space For Ghana’s Development