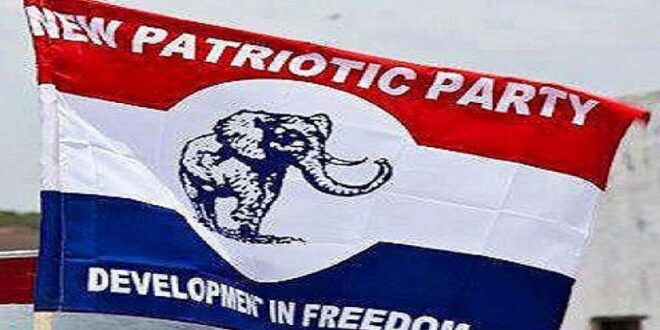 There was a scuffle among New Patriotic Party (NPP) members in the Awutu Senya East Municipality of the Central Region, after supporters of the acting MCE , Michael Essuman Mensah, clashed with supporters of the newly nominated MCE, Anita Love Obo Amissah at CP Abeasi.

Citi News sources say one person sustained a minor injury and is receiving treatment at the Kasoa Polyclinic.

“We realized some of his [Acting MCE] supporters just came out and started assaulting us. One of the guys who was injured in the clash has been sent to the hospital for treatment.”

Supporters of the NPP in parts of the country have embarked on several protests since the President’s nomination of various MMDCEs across the country.

They have argued that the nominated individuals are unfit for the role.

Some aggrieved supporters of the Tema Central constituency recently locked up the party’s office, demanding that their preferred candidate, Charles Boateng, should have been nominated as MCE.

Some residents who were opposed to the nomination of Zuwera Mada Nashiru as MCE in Chereponi also vandalized property in the district, leading to the arrest of twelve persons.

I'm Adwenpa-Hene |Blogger & Broadcaster Journalist. I am the CEO and manager of this noble website. I publish on Entertainment, Sports, Politics, Lifestyle, and Technology. You can also follow Us on : YouTube Channel - My Ghana Media TV, Facebook - MyghanaMedia TV , Twitter - @MyGhanamedia2 & Instagram - My Ghana Media TV. Email Address: [email protected] Contact Us: 0200818719
@@MyGhanamedia2
Previous History Of The Parliament Of Ghana
Next Youth Vandalize NEDCo Offices, Police Station In Demo Against police Brutality At Tamale [Photos]