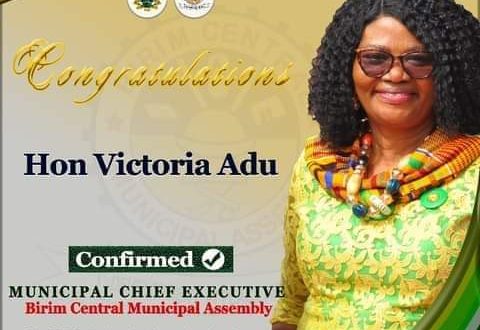 Assembly members of the Birim Central Municipal in the Eastern Region, have reportedly confirmed the Municipal Chief Executive nominee for the area, Victoria Adu after she failed to secured a two-thirds majority in her first attempt.

The confirmation occurred behind closed doors.

According to the Electoral Commission results sighted afterward, 26 assembly members out of 27  voted in favour of her confirmation

The nominee had earlier been rejected by the assembly.

It will be recalled that 14 assembly members voted YES out of  26 votes cast, 2 rejected while 10 of them voted NO to deny the nominee confirmation in the first confirmation attempt.