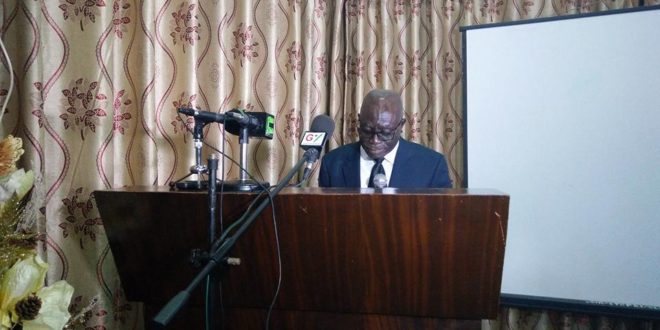 A former Member of Parliament (MP) for Nsuta Kwaman Beposo Constituency in the Ashanti Region, Kwame Asafo Adjei, has blamed the past executives of the party for looking on for the issues of unwarranted endorsement for some aspirants in the race for the 2024 presidential primary of the New Patriotic Party (NPP) to fester.

According to him, the past executives led by Chairman Freddie Blay and General Secretary, John Boadu must be singled out for blame for allowing the unwarranted issues of endorsements ahead of the party’s presidential primary to spread.

He said instead of the past executives ensuring discipline in the party, they sat aloof for people believed to be supporters of the Vice President, Dr Mahamudu Bawumia to meddle in religious and tribal politics.

He was quick to remind Ghanaians to eschew all forms of tribal and religious politics.

The former MP laid the blame on the past executives of the party while speaking in an interview on the Ghana Yensom morning show hosted by Odeyieeba Kofi Essuman on Accra 100.5 FM on Monday, December 5, 2022.

“If the past executives had taken action on the then deputy General Secretary, Nana Obiri Boahen, who mounted the radio to tell party supporters that he was the driver of the Mamprusi bus, if the past party executives had instilled some discipline in all who went on that route, we won’t be where we are,” he added.

He called on the current executives to stomp their authority by ensuring discipline ahead of the presidential primary.