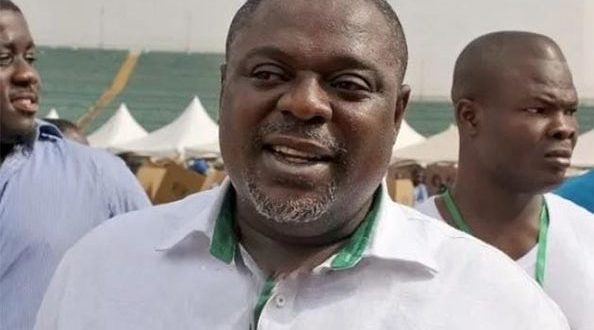 The Presidential Spokesperson revealed a confrontation he had with Stan Dogbe at the then seat of government, the Osu Castle, one of former President John Dramani Mahama’s handlers in a video going round on social media.

According to the founder of the Atta Mills Institute, back in the Castle, he started seeing Stan Dogbe gallivanting the presidency “without locus”.

In a video Koku Anyidoho said “And some character with no locus, I am not too sure where he emerged from. He is dancing around the Presidency and I said is OK I don’t have a problem. But if I find you or I hear you on radio… I wake up one morning I am listening to Radio and you’re on radio.

“When it all began you (Stan Dogbe) were around information ministry with Zita, Agyenim Boateng and Ablakwa and Co I don’t know in what capacity but that’s not my business, I am managing the President and the Presidency,” he said.

“Suddenly I start seeing you around the Castle so when there’s a function at the Credentials hall you come around but I had my own media management team. I have never been intimidating by the presence of people so if you’re around and you also want to be around. The Chief of Staff has not given me any notice that you’re part of the Presidency.”

Koku Anyidoho pointed out that he confronted Stan Dogbe after the latter claimed on Radio Gold Show that he was speaking on behalf of the President.

This Koku Anyidoho said made him to issue a stern warning to Mr. Dogbe, warning him that “As they say in military parlance, who are you in the gun butt?”

Koku Anyidoho claims that when Professor Atta Mills died, Stan Dogbe who became close to the new President messed the President up with indiscipline.