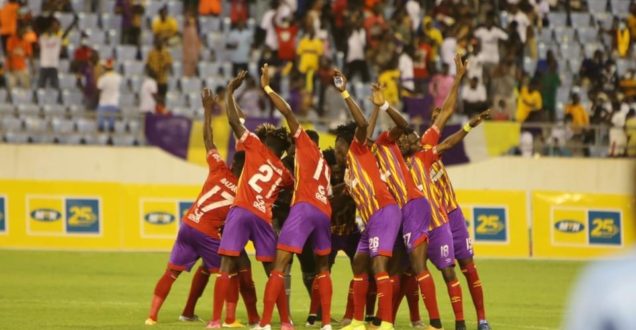 Ghanaian giants Hearts of Oak have responded to allegations made by Algerian side JS Saoura after being accused of using juju or black magic ahead of their second leg encounter in the CAF Confederation Cup play-offs on Sunday.

The Algerian side accused Hearts of Oak of Black magic in the first leg which caused the defeat in Accra.

JS Saoura president Mohamed Zerouati after the team’s 2-0 defeat in the first leg said, “When we arrived and during our first training session at the stadium that will host the game, we reported a weird smell a strong, very unpleasant odor. We were promised the problem will be fixed but on matchday, we ran into the same problem, it’s weird,” Zerouati told the Algerian press.

“We do not know what it is but maybe is something they did to defeat us in the game,” he added.

The Phobians have responded to claims of using Black magic ahead of the second leg encounter in a statement.

Algerian side JS Saoura accuse Hearts of Oak of planting juju on their field ahead of their CAF champions league 2nd leg tie today.

Are the Algerians making this up or it is actually true?#OmytvSports pic.twitter.com/QRDrTWNnCQ

The Algerian club have accused the Ghanaian side of spraying pork and rice on the field after their training session on Saturday.

“It has come to our notice that the JS Saoura officials have decided to tarnish our hard-earned reputation. They are accusing us of dealing in magico- religious powers in Accra and in Algeria to cause their defeat. We will like to put on record that Hearts of Oak has never engaged in anything of that sort as alleged and will never do because we are a professional club and we will always hold on to our high sporting standards.

“Well, our opponent seems to be frightened by our potentials and the possibility of winning the game today so we guess they have deployed these barbaric tactics to prepare the minds of their supporters in most likely the event that they lose the match.

“We are motivated by our motto Never Say Die until the bones are rotten. We are Hearts of Oak and we are focused”.

The Ghana Premier League champions go into the second leg with an advantage following a 2-0 win in the first leg.

We are motivated by our motto Never Say Die until the bones are rotten. We are Hearts of Oak and we are focused.