Breaking News
Home / GENERAL NEWS / Carlos Ahenkorah: ‘E-levy Is Not Compulsory; If You Don’t Want To Pay, Don’t Do ‘MoMo’ 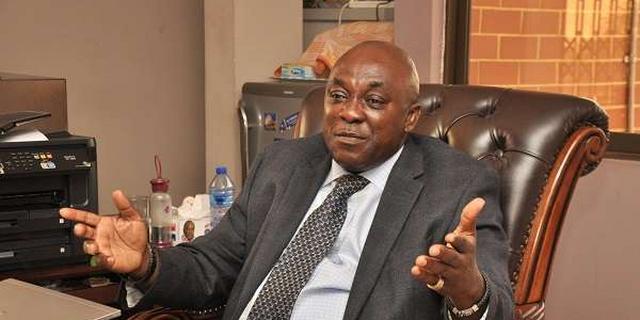 Carlos Ahenkorah: ‘E-levy Is Not Compulsory; If You Don’t Want To Pay, Don’t Do ‘MoMo’

MP for Tema West, Carlos Kingsley Ahenkorah has stated that the proposed 1.75% e-levy by government is not a compulsory tax, thus Ghanaians who are opposed to it should not engage in electronic transactions.

The former Deputy Minister of Trade made these remarks, during an interview with JoyNews’ Parliamentary correspondent, Kwesi Parker Wilson on Wednesday.

According to the legislator, the e-levy is a welcome initiative which is designed to mobilise more revenue to enhance development, and therefore he does not understand the opposition against the proposal.

He made these assertions in reaction to a protest by public advocacy group, ‘Justice for Ghana’, who are agitating against the proposed 1.75% e-levy.

The group, led by Bernard Mornarh contends that the e-levy is unnecessary, as it will impose more hardship on already suffering Ghanaians.

But according to Mr. Carlos Ahenkorah, the agitation by the group does not augur well for the progress of the country. In his view, the protesters should rather help government with laudable ideas instead of opposing the 1.75% e-levy.

The MP also added that, if the e-levy is scrapped, the government may have to resort to borrowing from other sources, which would eventually become a burden on citizens.

“What I’m telling them is that they don’t seem to understand what’s going on. Look, if they continue, and government decides that fine, I am not going to charge anymore e-levy, government would have to go and borrow that money, and it becomes me and you our burden to pay. So they should forget about what they’re doing and rather let us see how we can assist government to run this country”, Mr. Carlos Ahenkorah argued.

Meanwhile, Parliament remains divided over government’s decision to impose a 1.75% levy on all electronic transactions from January, 2022.

According to the Minority Caucus, the proposition is regressive, therefore their refusal to rally behind it. This is despite efforts by the Majority Caucus to push for the acceptance of the policy.

Following the announcement of the levy by the Finance Minister in his presentation of the 2022 Budget Statement, scores of citizens have expressed varied sentiments on its appropriateness.