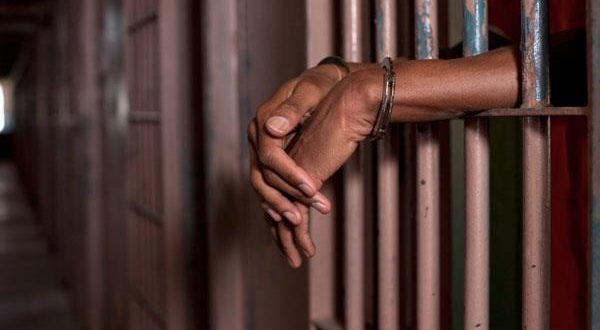 Identified as Alexander Akwasi Acquah, the teacher is in trouble for sodomizing Opanin Koofie, a former Unit Committee Chairman of Twifo Nyinase in the Twifo Atti-Morkwa District of the Central Region.

Sharing his ordeal as reported by Starr News, the 60-year-old man has disclosed that the class two teacher visited him and asked whether he was alone in his house.

Not knowing of the plans of Alexander Akwasi Acquah, Opanin Koofie accepted an invitation to go out with the 34-year-old teacher.

He was taken to a drinking sport where the pair had a chat over some alcoholic drinks.

Later in the day, the teacher, Alexander Acquah asked Opanin Koofie to be allowed to spend the night at his place claiming that her sisters had visited him from Accra and he wants to leave the room for them.

See also  A Deputy Clerk Of Parliament Has Died.

The matter was later reported to the Police who have arrested the 34-year-old teacher.

The Twifo Ati-Morkwa District Director of education has taken an interest in the matter and is assisting the Police with its investigation.

I'm Adwenpa-Hene |Blogger & Broadcaster Journalist. I am the CEO and manager of this noble website. I publish on Entertainment, Sports, Politics, Lifestyle, and Technology. You can also follow Us on : YouTube Channel - My Ghana Media TV, Facebook - MyghanaMedia TV , Twitter - @MyGhanamedia2 & Instagram - My Ghana Media TV. Email Address: [email protected] Contact Us: 0200818719
@@MyGhanamedia2
Previous Video: We Can Retaliate But We Want The Laws To Work – Angry Nkronza Youth Fights Queen Mother
Next Secondary Education To Be Six (6) Years – Education Minister Says