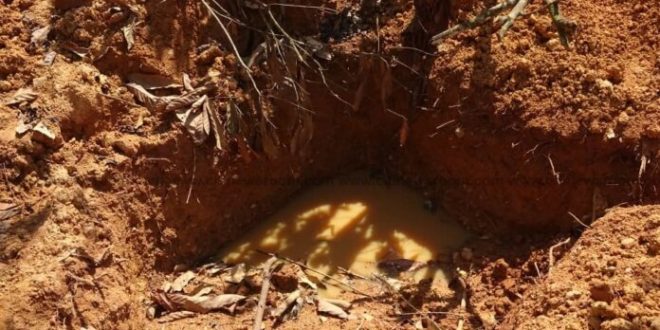 Two pregnant women allegedly engaged in illegal mining also known as galamsey have died in a galamsey pit at Denkyira-Ayanfuri in the Central Region.

According to residents, the incident happened on Thursday 17th March 2022 at around 12:30 AM.

The names of the two deceased, aged 35 and 25, are not yet known. Both were about five months into their pregnancies.

The bodies of the two women, believed to have come from the Northern Region were trapped in the pit with their colleagues.

However, four of them managed to escape unscathed.

The Assembly Member for the area, Kobina Ennin Castro in an interview with EIB Network’s Correspondent, Yaw Boagyan, said six people were trapped in the pit but four of them escaped leaving the two pregnant women dead.

Mr. Ennin Castro said though galamsey has been banned in the community, residents still engage in illegal mining for lack of job.

He further disclosed that residents usually engage in the galamsey job at night.

The Assembly Member urged the government to provide the youth in the area jobs to prevent them from engaging in the illegal mining.

A joint effort by the Ayanfuri Police and residents led to the removal of the bodies from the pit.

The bodies of the deceased have been deposited at the Dunkwa Government Hospital mortuary for autopsy and preservation.

Meanwhile, the police have commenced investigations into the incident. 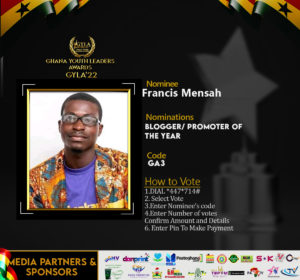 I am excited to announce that, I (Mensah Francis a.k.a Adwenpa-Hene – MyGhanaMedia Editor)  have been nominated for the “BLOGGER / PROMOTER of the year “, in the upcoming GHANA YOUTH LEADERS AWARDS.