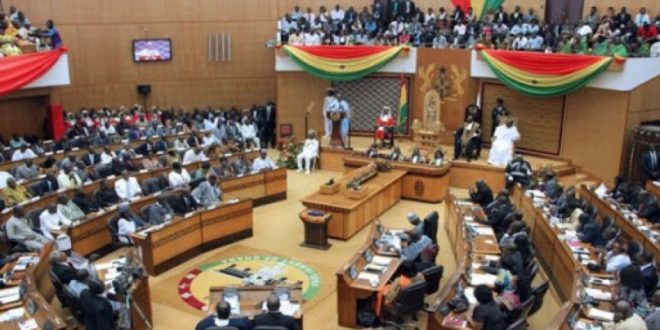 Check The Last Time A National Budget Was Rejected In Ghana

The last time a national budget was rejected was that which was meant for the 1981/1982 fiscal year.

It is one of many issues former Presidential Advisor during the Limann era, Prof Ivan Addae-Mensah wrote about in his book ‘Hilla Limann, scholar, diplomat, statesman.’

This budget is said to have been presented by the then Finance Minister, George Benneh on Tuesday, June 30, 1981. This budget was prepared in the wake of the negotiations with the IMF for which the President had been pressing for the fund to be reasonable in its demands and conditionalities.

Prof Mensah recounts that the budget contained several provisions that were aimed at making life a little more bearable for all Ghanaians.

There were however certain provisions that could be viewed as “austere”.

It provided for the minimum tax exemption on income to be raised from 2,000 to 3,000 cedis per annum.

Married persons on annual income not exceeding 6,000 cedis with two or more school-going children were given a relief to the tune of 600 cedis per annum in addition to whatever other taxes had been proposed for the general population.

The most contentious measures that were considered to be burdensome were the introduction of hospital fees and the air travel ticket tax.

“The debate on the budget was very lively. It was during that debate that on 22nd July 1981 Mr Kwaku Baah, member for Nkawkaw caused a major sensation in parliament. Incidentally, contrary to popular belief, Mr.Baah at that time was an independent member.

He and Owusu Acheampong, a member for Berekum, had been expelled from the Popular Front Party (PFP) for challenging the leadership of Mr Victor Owusu and taking issue with his leadership style.

They had subsequently lost a court action seeking the court to declare their expulsion as null and void.

To support his arguments during the debate on the budget, Mr Baah tabled on the floor of parliament various exhibits that he claimed depicted the hardships Ghanaians were going through.

President Limann did not have a Minister for Parliamentary Affairs. But to promote the smooth and cordial relationship between the executive and the legislature, and to ensure that matters of parliament that required the attention of the executive were transmitted to the executive in good time, he appointed a civil servant as a liaison officer for parliament at the office of the President.

On the 23rd of July, both he and I were in parliament when what turned out to be the final debate on the budget took place.

The house was full, to begin with, but as the debate dragged on for some hours, many members from both sides of the house drifted out of the house. Many of them were within the building, but not in the chamber of the house where the debate was taking place. This was quite normal with parliament. A few had left the building altogether to pursue other interests.

At a certain stage during the debate, one smart member of the minority, Mr. Kwabena Adae-Mensah, PFP member for Bantama constituency, did a quick count and realised that the minority side outnumbered the majority side by a few members.

He allegedly immediately went to Dr. Jones Ofori-Atta, PFP member for Begoro constituency who was then on the floor speaking to the debate, to whisper something into his ears.

Dr Ofori-Atta immediately called on the speaker to permit him to move an amendment (or counter) to the motion on the floor to bring the debate to an end.

The speaker obliged. As was the practice, immediately the amendment motion was tabled the doors of the chamber were closed, thus barring any member who was then not in the chamber from entering the chamber to vote.

The majority side did all it could to bring its members into the chamber before the doors were locked. Three members of the majority PNP who got to the doors just when the doors were being locked were barred by the ushers of the House in accordance with their standing orders. Dr Ofori Atta’s motion was as follows:

“That the House takes note of the financial Policy Statement and regrets that it fails to deal with the fundamental and urgent economic problems of the country. The House therefore calls on the Government to take immediate and realistic steps to tackle these pressing problems. These are the imbalances in government finances, intolerable hardships faced by ordinary Ghanaians, and the low level of cocoa producer price.”

The original motion on the floor of the house tabled by Hon. C.C. Fitih, the majority Leader and PNP member for West Day, which had been debated for the past week, was simply “That this House approves the financial policy of the Government for the year ending June 30th 1982.”

Voting on the amendment motion moved by Dr Jones Ofori-Atta was by show of hands and was carried by 54 votes to 51.

Interestingly, if the three majority members who were time-barred just when about to enter the chamber had been allowed in, the vote might have been 54 to 54, thus creating stalemate and probably a second call or a vote by Dec rent ballot. After the Speaker’s ruling accepting the vote by the show of hands, the Majority Leader Fitih announced that he had taken the vote in good faith and would not call for a division for a secret ballot.

Mr Odoi Sykes, the PFP member for Ashiedu Keteke constituency himself associated with Mr. Fitih’s statement, but Dr Kportufe Agama, the UNC member for South Tongu intimated that the vote was a vote of no confidence, not in the government or the President, but in the Finance Minister George Benneh.

This statement did not go down well with sections of the Ghanaian public, especially the chiefs and people of Brong Ahafo, Benne’s home region. They issued a statement through Nana Bretuo Ampofo, Gyasehene of Nsoatre, to the effect that Parliament’s action was aimed at discrediting George

Benneh and that this had been done with the connivance of some of the majority PNP members of parliament. Until that unfortunate situation, Benneh had been regarded by many Ghanaians as having done a very good job first as Minister for Lands, Natural Resources, Fuel and Power, and later as Finance Minister.

President Limann immediately called a series of meetings. He first met the PNP MPs at the Castle to discuss with them what had caused the acceptance of the minority’s amendment motion. This was a very passionate but frank exchange of views between the President and his Party’s members of Parliament.

Many of the members who were inadvertently out of the chamber for one reason or the other gave their reasons and apologised. But many were those who also took the opportunity to voice some of their concerns and frustrations.

Even though they appreciated all the efforts that the President had made to make their work bearable, including the Nigerian Peugeot cars, their main concern was that it they were not respected by many Ghanaians as members of parliament and that it appeared as if Ghanaians did not understand or appreciate the work of a parliamentarian.”

The President is said to have also held meetings with leadership and a cross-section of MPs from both sides of the house. He also met the Vice President, Ministers of Finance, Trade, Presidential affairs, Agriculture among others.

“The joint committee made its recommendations to the executive which laid the “revised” budget before parliament on 5° August. Virtually all principles and reasons behind the proposals in the original budget were accepted and retained. Some very minor changes were made in the quantum of taxes imposed on a few items.

“These included a reduction in the proposed hospital fees, taxes on imported diesel vehicles, and a small decrease in recurrent expenditure, but excluding expenditure on education, transport and health. Parliament finally approved the budget on 6th August.”