Breaking News
Home / POLITICS / Closure Of Radio Stations Was A Case Of Rule Of Man, Not Rule Of Law – MFWA 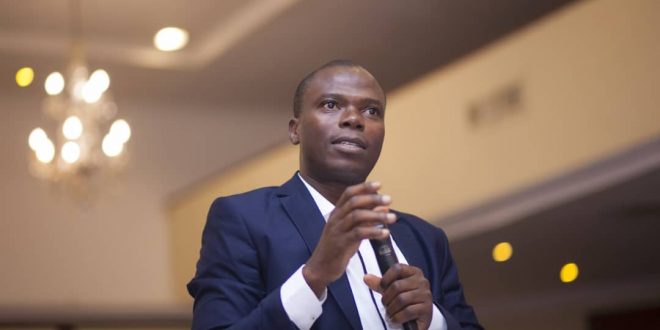 Closure Of Radio Stations Was A Case Of Rule Of Man, Not Rule Of Law – MFWA

Executive Director of the Media Foundation for West Africa (MFWA), Mr Sulemana Braimah has said the decision of the National Communications Authority (NCA) has only reversed what was a discriminatory, politically-motivated decision to shut down opposition-aligned radio stations while leaving pro-government stations with the same infraction on air.

In series of tweets reacting to the announcement of the reopening of the stations, he said “The NCA has simply reversed what was a discriminatory, politically-motivated decision to shut down opposition-aligned radio stations while leaving pro-government stations with the same infraction on air. It was a case of Rule of Man rather than Rule of of Law.

“So what stops the NCA from publishing the full list of the 133 entities whose applications for FM frequency authorisation have been granted? Or that one too will require research on their part to be able to produce? We will be making a fresh RTI request soon?” He added.

The Governing Board of the NCA has approved the grant of a total of One Hundred and Thirty Three (133) FM radio broadcasting authorisations which include new applications from entities whose FM radio stations were closed down after the 2017 FM Audit as well as existing stations which applied for renewal of their expired FM Radio broadcasting authorisations.

See also  NPP to maintain Kyei-Mensah-Bonsu As leader In Parliament, Afenyo-Markin To Be Deputy

The approval was done at a Board meeting held on 11th October, 2021.

A statement issued by the NCA on Tuesday October 12 said this approval from the Board is subject to the applicants attending a sensitisation workshop on the terms and conditions of FM radio broadcasting authorisations.

“The workshop shall clarify the legal, regulatory, and technical requirements for the establishment and operation of an FM Radio Broadcasting station.

“The general public is reminded that per Section 2(4) of the Electronic Communications Act, 2008, Act 775, a person shall not operate a broadcasting system or provide a broadcasting service without a frequency authorisation by the Authority.

“Offenders are liable on summary conviction to a fine of not more than three thousand penalty units or to a term of imprisonment of not more than five years or to both, as per Section 73 of Act 775 of 2008.”

The NCA shut down Radio Gold and Radio XYZ, and several others.

A statement issued by the NCA in Accra on May 9, 2019, said the closures were carried out in line with Regulations 65 (1) of the Electronic Communications Regulations, 2011, L. I. 1991, which states that “A person shall not use a radio frequency without authorisation from the Authority.”

Referring to a 2018 ruling by the Electronic Communications Tribunal on the status of FM stations with expired authorisation, the NCA said “Companies whose authorisations had expired reverted to the same position as a fresh applicant,” adding that “these applications shall go through the required procedure for new FM Broadcasting Authorisation.”

The regulator did not mention the two stations, implying that it was a general exercise.  However, only Radio XYZ and Radio Gold have been closed so far. Officials of the NCA, backed by armed police officers, stormed the premises of the radio stations to enforce the shutdown in the afternoon of May 9.

This is the second time in less than two years that the regulator has flexed its muscles against “defaulting stations.” In September, 2017, the NCA carried out a massive purge of the broadcasting industry that saw a total of 34 radio and television stations being shut down for various infractions, in enforcement of Section 13 of the Electronics Communications Act (2009), Act 775.