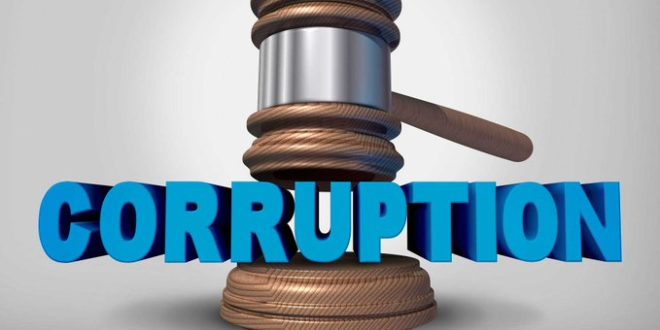 Anti-graft group Crusaders Against Corruption is alarmed at the level of corruption in Africa, describing the situation as more devastating than terrorism and weapons of mass destruction on the continent.

It has thus proposed eight ways to staunch the canker’s pervasive spread.

“In Ghana, President Akufo-Addo seems to have clearly failed in the fight against corruption in the area of Nepotism. The rate of unemployment in Ghana is speedily escalating, causing people to end their lives, and yet the presidency and top officials are seen creating new offices and departments for their children and relatives to be employed.”

Find the write-up on the proposals below:

IN AFRICA, CORRUPTION IS MORE DEVASTATING THAN TERRORISM AND WEAPONS OF MASS DESTRUCTION.

HERE ARE 8 PROPOSALS TO DESTROY CORRUPTION IN AFRICA.

It is amazing and still beats my wildest imagination when I consider the energy, the urgency and the resources that some developed countries and the United Nations, in particular, makes available in fighting terrorism and the use of weapons of mass destruction. If truly all these efforts are meant to protect and preserve innocent lives, then the United Nations and the world is indeed getting it wrong. If the argument is that we are committed to preserving innocent lives, then I submit that there is a worse tool being used in speedily ending the lives of innocent persons, particularly in Africa and that tool, in my view is more devastating than terrorist attacks and weapons of mass destruction. This tool is called CORRUPTION.

Corruption in Africa takes a number of forms, and it comes in common ways such as bribery, embezzlement, facilitation payment, fraud, collusion, extortion, patronage, and nepotism. One thing is clear in all these forms, thus Corruption causes the denying of the rightful person of what is due him/her. This can also be described as stealing, thus those engaging in CORRUPTION can best be described as THIEVES and ARMED ROBBERS.

In reality, CORRUPTION need not be viewed as the victimless crime, but rather a crime against humanity. What is worrying in all this, is the fact that the African continent is speedily becoming unashamed in wearing the coat of corruption, without taking cognisance of the fact that it is our society that is getting rotten and that it is individual innocent lives that are being lost. Traffic violations, for instance, that merit traffic fines are easily swept under the carpet because traffic officials are openly asking for bribes, not realising that this act is a key contribution to what keeps causing the killing of an average of 650 innocent people each day in road accidents throughout Africa. The devastating part again is that the world is failing to see that Africa is poor not because the right political ideologies are not in place, but rather Africa is poor because of the far-reaching effects of CORRUPTION.

In Congo, Joseph Kabila and his family are among the richest people not just in that country but on the entire African continent, owing their wealth to diamond mining, (a clear and abuse of position) and yet Congo as a country consistently record an unimaginable number of deaths of innocent lives due to poverty.

President Paul Biya of Cameroon is among the richest people in Africa. Corruption and corrupt dealings have been synonymous with his name. Innocent lives are being lost by the second, simply because these lives are unable to access quality drinking water, good healthcare, unable to afford shelter and proper clothing that will protect them from bad weather.

The former President of Nigeria, Sani Abacha was estimated to be worth $20million at the time of his death. This is a country where the majority are unemployed. A country where the majority are those who live on an average of $2 or less in an entire day. A country where individuals cannot boast of uninterrupted six-hour electricity supply in a whole month. A country where innocent lives are lost by the second simply because hospitals are not able to access the needed electricity in treating patients. This is a country where innocent people die just because they could not access a mere $10 for medical treatment of preventable diseases such as malaria, and yet leaders in charge of the national and natural resources are speedily making themselves billionaires by the day. How can a president, a public servant in such a country end up being a billionaire at the expense of innocent lives, if not for corruption? Indeed this is worse than the end result of a terrorist attack and the attacks by the use of weapons of mass destruction.

In South Africa, it was established through the Nkandla Debacle that Jacob Zuma did unduly benefit from the taxpayer’s money. This is a country where innocent girls are by the second losing their entire future because they are being raped, while the law enforcers look away unconcerned, under the excuse that they are not well equipped to protect and enforce law and order.

Uhuru Kenyatta, the president of Kenya, a public servant in a country such as Kenya, was shamefully listed in the Forbes magazine as one of the richest men in Africa, and yet people in Kenya are dying by the moment due to their inability to afford a decent and nutritious meal.

In Zimbabwe, top officials are aggressively and notoriously known for their lavish lifestyles. They are recorded to have stolen from the government coffers without any apology or remorse. These corrupt acts end up depriving innocent lives of accessing quality education, leading to a high rate of unemployment. This is consistently causing innocent people to engage in unacceptable activities that end up jeopardizing their lives and future.

In Ghana, President Akuffo Addo seems to have clearly failed in the fight against corruption in the area of Nepotism. The rate of unemployment in Ghana is speedily escalating, causing people to end their lives, and yet the presidency and top officials are seen creating new offices and departments for their children and relatives to be employed. In a population of about 30 million, Ghana cannot boast of more than 500 ambulances for medical purposes, and yet the seat of the president alone can exhibit not less than 1000 SUVs and 4×4 vehicles. A country where the majority cannot boast of living on more than $2 a day can see its leaders approving, its 2018 national budget for the construction of 1000 borehole, a unit cost of Gh.¢132,000 ($26,000), which in reality is supposed to have a unit cost of about Gh.¢30,000 ($6,000). But for corruption, the difference in this amount could have been used to contribute in building a decent health facility at a village where pregnant women and their unborn babies are consistently dying simply because when they are in labour, they are made to travel on a bicycle at a longer distance so to access the nearest healthcare facility, and in the process of traveling, they give up their lives causing also the lives of the unborn baby.

Though not exhaustive, in Africa some of the identifiable causes of corruption include the poor and weak leadership from our societal leaders (both elected and appointed), the quest to follow what is often referred to as the ‘politics of the belly’, greed and selfishness exhibited by people who are supposed to be in charge of managing the state for the benefit of the citizenry.

Also are the patronage of nepotism, the absence of popular participation of the public in government, the deliberate weakening of institutions of governance by individuals in charge, the lack of accountability and transparency.

Further, the lack of political will, the centralist nature of the state and the over-concentration of state power particularly, and often vested in a single person thus the PRESIDENT. In addition are income inequality, weak judicial systems and the constant insecurity and conflicts that occur between the key arms of government. And above all, is the unfortunate and alarming state in which Africa seems to be experiencing only leaders who exhibit Weak Ethical Values.

I share the position that there is no panacea against corruption in Africa. Nevertheless, I am convinced that ethical leadership will be a huge step forward in creating one.

I propose the creation of a code of political ethics whose main elements will be:

1. The full participation of the public in the elaboration of political decisions, as well as the control of their execution.

2. The limitation of any public office.

5. The freedom of the media to effectively sensitize the public on any possibility or occurrence of corruption.

6. Economic rights established and guaranteed to all citizens.

7. The obligation for all public office holders, elected or appointed, to report directly to the people, at regular intervals, and especially at the end of their term.

8. Transparency in the management of public affairs.