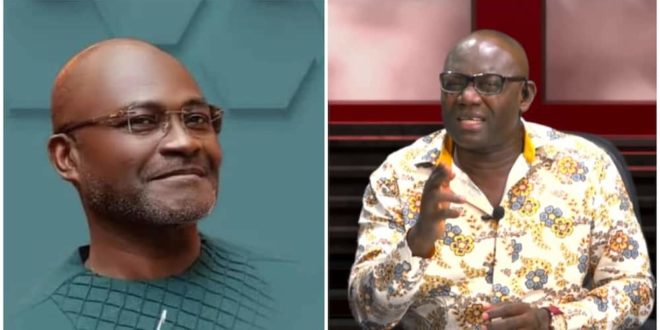 The Assin Central Member of Parliament, Kennedy Agyapong has come under attack from a former employee and host of Net2 TV’s current affairs programme, The Seat Show.

According to Kwaku Annan, his former boss had merely orchestrated his sacking together with his son and wife by using the excuse that he had insulted Vice President Mahamudu Bawumia.

He insists that the excuse is a mere smokescreen behind which Kennedy Agyapong is hiding to shield some men of God from an exposé that ‘The Seat Show’ had worked on for years.

“Kenneth Takyi Agyapong, his own son came to tell me his father has asked that we halt the exposé. Let Kennedy Agyapong come out and deny it, I have given him an example with that of Dag Heward-Mills, which he halted.

“You cancelled it, that we should stop, what then was my offense?” he quizzed.

He tasked persons who he said were claiming that he had been compromised, “go and ask Ken Agyapong why he blocked the investigation.

“Was Kennedy Agyapong honest about that job or he wanted us to pick and choose who to hound? Which one? Part of it was political, that there was going to be elections and the management stood in the way and cancelled almost all the other investigations.

“Let Kenneth come and belie what I am saying, let Kenneth and Ken come out and deny my claims,” he challenged in a video posted on YouTube channel, NUKKS TV.