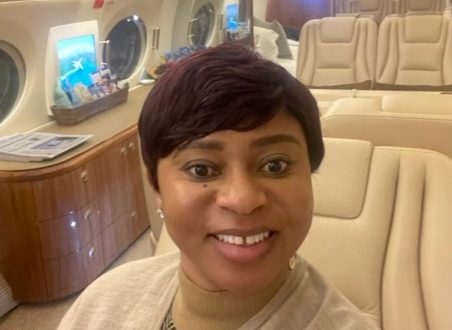 Members of the governing New Patriotic Party (NPP) in the Dome-Kwabenya constituency appears livid over the conduct of their representative in Parliament, Sarah Adwoa Safo.

According to them, they are disappointed in their lawmaker for not taking advantage of her position as the Minister for Gender, Children and Social Protection to better the life of her constituents but allow it to go waste.

This follows a decision by the President to revoke her appointment after months of absence from her ministerial and legislative duties.

The presidency had prior to this decision received calls from within and outside the NPP for the third-term Member of Parliament to be sanctioned for her continuous absence.

The Dome-Kwabenya constituency secretary of the NPP, Theophilus Ansah Larbi expressed surprise at the failure of Adwoa Safo to return to her post when speaking with Accra based radio station, Citi Fm.

He said “Adwoa Safo hasn’t been fair to her fans and constituents. She had the opportunity more than other people looking for the same opportunity in the party, and it was given to her because the President trusted and believed in her. But if it has gotten to this point, then it is very disappointing because the constituents were looking forward to some benefits from the Ministry upon her return.”

A statement signed by the Director of Communications at the Presidency, Eugene Arhin on Thursday July 28, 2022 announced that the President in accordance with article 81 (a) of the constitution has revoked Adwoa Safo’s appointment.

The Minister for Sanitation and Water Resources, Cecilia Abena Dapaah, will continue to act as caretaker minister for the Gender Ministry until a substantive Minister is named by the President.

This follows Parliament decision to debate on whether to declare her seat vacant for her continuous absence from Parliament for more than 15 sitting days without approval from the Speaker of Parliament after she failed to appear before the Privileges Committee, which considered her absenteeism.

Last Thursday, the Speaker of Parliament, Alban S.K. Bagbin, deferred his ruling on Adwoa Safo who has been cited for absenteeism.

The Speaker speaking after a debate on the report by the Privileges Committee, said he needed time to submit a written ruling.