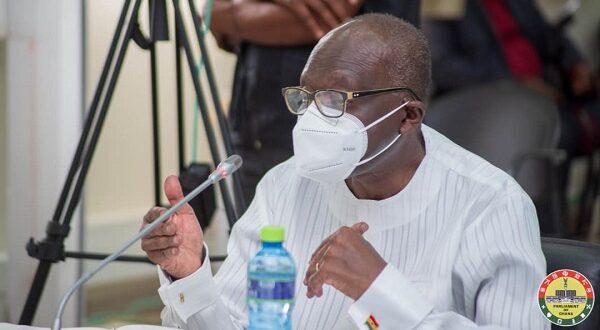 Finance Minister Ken Ofori-Atta has assured Ghanaians that the economy is in good shape despite the continuous depreciation of the Cedi.

Speaking to a journalist of Accra-based Asaase Radio from Washington where he is leading a team engaging the International Monetary Fund, IMF; the Minister described the depreciation rate as ‘perplexing.’

He, however, cautioned against people rushing for the dollar describing it as “unnecessary” and a move that ultimately puts pressure on the cedi.

He explained the normal annual inflows to the economy explaining how a major plank being the two billion dollars from the capital markets have been absent in 2022.

Asked about the cedi depreciation, he responded: “It is a bit perplexing because as you know, typically we go to markets at the beginning of the year and get our two billion.

“But that we were not able to do, we were able to then get US$750 from AfriExim in the summer, August or so, to stabilize it. Then we moved on traditionally as we do, the ASL, the annual syndicated loan of COCOBOD, and that came in very strongly.

“So, it is quite perplexing to see where it is going,” he added.

He also stressed that it was to be expected that in October, people will be looking for dollars in order to undertake imports for Christmas, that notwithstanding, the Minister said it was not necessary to panic.

“The support we are getting from countries like Germany, France etc. we are confident that we will get the resources needed. So, we really would want people to know not to panic or be rushing to put pressure on the currency. I think it is unnecessary and we are in good shape,” he added.

He said government was upbeat that a deal will be reached with the IMF late this year to allow for disbursement of funds early 2023.

“Of course, typically in October, people are importing for Christmas and maybe there is a rush for that. But my expectation is that once we also conclude the fund, that would lead to the Fund’s disbursement early next year.”

The Cedi has recently been classified by Bloomberg as the worst-performing currency against the US Dollar.

Currently, the Cedi is trading at around GH₵13 – 14 cedis to a dollar at some forex bureaus. The depreciation rate is a contributory factor for the ongoing shop closures ordered by the Ghana Union of Traders Association (GUTA).

According to the group, the fast depreciation of the Cedi is eroding their profits and also increasing the cost of doing business.