Breaking News
Home / GENERAL NEWS / Dr. Bawumia Has Been Accepted By Gonjaland As A Son, Not A Stranger – Abu Jinapor Declares 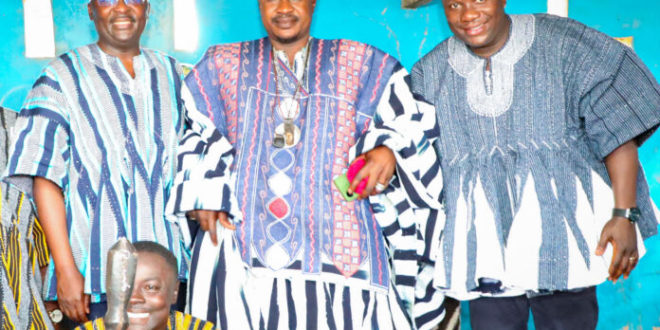 Dr. Bawumia Has Been Accepted By Gonjaland As A Son, Not A Stranger – Abu Jinapor Declares

Minister for Lands and Natural Resources Samuel Abu Jinapor has disclosed that Vice President Dr Mahamudu Bawumia has over the years won for himself a strong and enviable relationship with the Chiefs of the Gonja land.

According to the Damongo Member of Parliament, the Vice President known to all chiefdoms and palaces in the Savannah Region following his continous service to the various paramouncies and the people of Yagbon.

Samuel Abu Jinapor was speaking at the palace of Kpansheigu in Salaga in the Savannah Region where Dr Bawumia is touring as part of his working visits.

See also  Buaben Asamoa: Gov’t Has Built Over 1,000 Educational Infrastructure, Handed Over 538 Of Them

He added that “I can say without a shred of doubt that nobody has visited Jakpa palace more than the Vice President. He literally lives there, he literally sleeps there because he sees himself as a ‘Gonjalander’ and sees himself as a son and grandson of Jakpa and all of Gonja has also accepted him as our brother, our junior father and as our family member”.

Dr Bawumia is widely tipped to lead the governing New Patriotic Party as flagbearer in the 2024 elections, a bid which has received massive endorsement from grassroots, notable and leading members of the party.

At his 59th birthday celebration, several felicitations to him contained a declaration and support for the yet-to-be announced ambition, a development election watchers have asserted puts the Vice President in the lead in the upcoming presidential primaries of the party.