Breaking News
Home / POLITICS / Election 2024: ‘Some People Must Go To Hell For Others To Go To Heaven’ – Hassan Ayariga 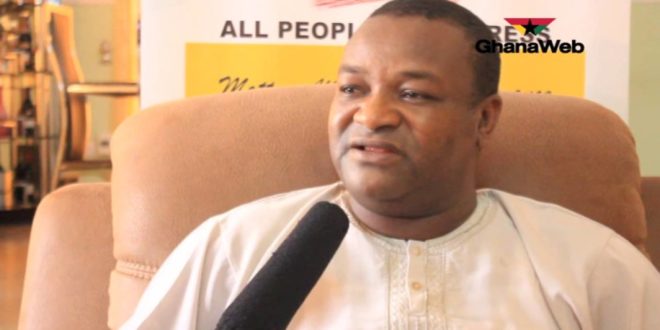 The Founder and Leader of the All People’s Congress (APC), Dr. Hassan Ayariga, has assured that if elected as President of Ghana in 2024, incompetent government employees will be sacked and made to face the necessary sanctions.

In an interview with Roselyn Felli on Prime Morning on Monday, the APC 2024 flagbearer hopeful indicated that there has been indiscipline within state institutions and that criminals within government institutions must face the consequences of their actions.

“Some people must go to hell for others to go to heaven. You need to punish, you need to deal with issues. Some will go to jail depending on the kind of crime they commit. If you kill, you get killed,” he said.

Also, Hassan Ayariga promised that Ghana will witness a reduction in armed robbery cases, adding that the APC government would create jobs for the youth. He said politicians would be arrested instead of armed robbers.

According to him, the APC government is hopeful of introducing a national database to capture in-depth details of every Ghanaian to help apprehend criminals and reduce crime.

“We’ll not have armed robbers because we’re going to create a national data system that will capture the data of everybody and make every Ghanaian useful. It will stop crime and reduce robbery because, in Dubai, the crime level is 0.004. Why? Data,” he said.

He added that “When you have the right leaders put in place, everybody gets to benefit. Why do you think there are armed robbers in the country? It’s because of the situation. Nobody wants to be a thief. The main armed robbers are the government officials, so we’ll send those ones to jail first.”

Meanwhile, the APC founder believes negligence on the part of the government towards state-owned institutions is reducing the commitment level of employees.