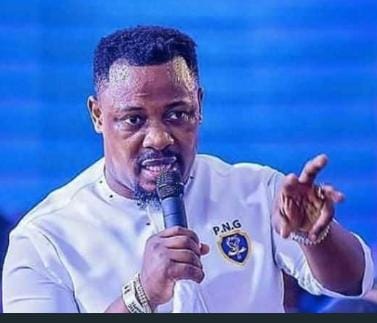 Founder and Leader of the Prophetic Chapel Hill, Prophet Nigel Gaisie has said he will give his prophecies no matter what the revelations, on 31st night as he has been instructed by his God.

He said he is not a coward to be intimidated by the warning that has been given by the Police against the publication of death prophecies.

“We will cross, I will prophesy in all confidence, there will not be any shadow on that, I will speak the mind of God. I am not one of the cowards, I have been called by God, I have an assignment and whoever is coming after the church is making a big mistake,” he told TV3 in an interview.

The Police have cautioned Religious leaders in Ghana to be measured in their utterances, particularly the way they communicate prophecies, ahead of New Year Eve’s services.

“It is also a crime for a person, using electronic communications service, to knowingly send a communication that is false or misleading and likely to prejudice the efficiency of life-saving service or to endanger the safety of any person,” the statement signed by Superintendent Alexander Obeng, the Director of Public Affairs of the Ghana Police Service, added.

“A person found guilty under these laws could be liable to a term of imprisonment of up to five years.”

Friday’s services across the nation will be the first since Inspector-General of Police Dr. George Akuffo Dampare took office.

He had met religious leaders over prophecies deemed to cause fear and panic in the nation.

That meeting was precipitated by a fake gun attack on popular musician Shatt Wale, who had later indicated he took that action as a result of a prophecy by the Founder and Leader of New Life Kingdom Chapel, Bishop Stephen Kwesi Appiah, on an Accra-based radio station before the Monday, October 18 incident.

The man of God, popularly known as Jesus Ahuofe, was arrested and later granted a GH¢100,000 bail.

The police admitted that they are not against prophecies especially in a country where the centrality of God is in the life of many.

“There should be no apprehensions, therefore, about undertaking the various activities.

“We ask only that everyone keeps within the law and is mindful of the welfare of each other.”

I'm Adwenpa-Hene |Blogger & Broadcaster Journalist. I am the CEO and manager of this noble website. I publish on Entertainment, Sports, Politics, Lifestyle, and Technology. You can also follow Us on : YouTube Channel - My Ghana Media TV, Facebook - MyghanaMedia TV , Twitter - @MyGhanamedia2 & Instagram - My Ghana Media TV. Email Address: [email protected] Contact Us: 0200818719
@@MyGhanamedia2
Previous Otumfuo To Doctor Who Swept 15/21 Awards: I Bless You To Go And Specialize But Never Forget Ghana
Next General Manager of Multimedia Confirmed Dead