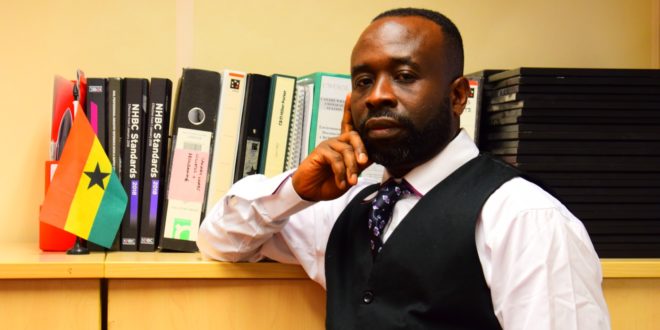 A Flag-bearer Hopeful of the National Democratic Congress (NDC), Ernest Kwaku Kobeah, has launched the “Wo Daakye Nti” welfare project to support members of the party.

The project, which would operate in five thematic areas namely agriculture, health, education, employment and social development, was planned to be a life changing initiative.

Mr Kobeah, at the media launch of the welfare policy on Thursday at Techiman, the Bono East regional capital, emphasised that the policy would be implemented across the country.

He indicated that most of the party members especially those in the rural communities lived in abject poverty due to lack of employable skills and other sources of reliable income.

The Flag bearer hopeful noted that young persons in the NDC under the project, would be supplied with inputs including improved seeds, agrochemicals, protective equipment and others, to engage in farming.

Mr Kobeah, a modern sewage system consultant and a business owner, assured that other party faithfuls would be supported by the project to learn employable skills to become financially stable.

He said NDC members who were willing to learn literacy and numeracy, would be enrolled with the complementary education, and their wards will also be supported in school.

” it is the vision of the welfare policy to register members of the party with a medical insurance package. This will ensure free health care for all” Mr Kobeah added.

The Flag bearer hopeful, a native of Mampong in the Ashanti region, was optimistic that the “Wo Daakye Nti” welfare policy will improve the living standard of members of the party.

He solicited the support of the rank and file of the party and the general public to make the initiative successful noting that together we can make NDC great and strong.

Mr Krobea disclosed his readiness to pick form to contest the position of Presidential Candidate (PC) when the party opens nomination on February 22 saying that “I’m ready to serve. Delegates should honour me”.

The Flag bearer hopeful said he is a vibrant young party man with great vision and innovative ideas to lead the NDC from opposition to capture power during the 2024 general election.

I'm Adwenpa-Hene |Blogger & Broadcaster Journalist. I am the CEO and manager of this noble website. I publish on Entertainment, Sports, Politics, Lifestyle, and Technology. You can also follow Us on : YouTube Channel - My Ghana Media TV, Facebook - MyghanaMedia TV , Twitter - @MyGhanamedia2 & Instagram - My Ghana Media TV. Email Address: [email protected] Contact Us: 0200818719
@@MyGhanamedia2
Previous AC Zenon Mining: We Are Not Involved In Galamsey In Asuom! –Site Manager of AC Zenon Fires Back
Next Police Officer Caught In Uniform Red-Handed By Chief Smoking ‘Weed’ At Akyem Etwereso