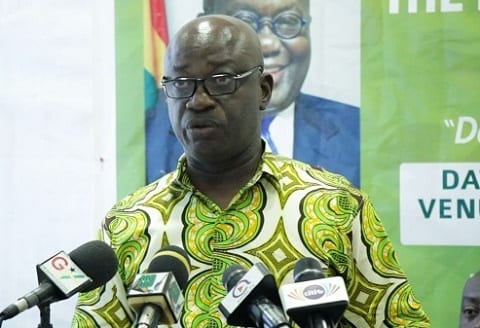 Ex-Gratia Should Be Cancelled – Kusi Boafo

Chief Executive Officer of the Public Sector Reforms, Thomas Kusi Boafo, has proposed that the government should consider paying the ex-gratia given to members of parliament (MPs) and other political appointees only once and not every four years.

He refuted suggestions that the number of government appointees is one of the reasons for the country’s current economic hardships, saying that the government’s expenditure is so high because of the remunerations paid to officials.

In an interview on Neat FM, Mr. Boafo suggested that public office holders, particularly MPs, should consider reducing their remunerations to help the country get out of the current hardships.

“I will conduct a public opinion and write to cabinet that ex-gratia should be paid only once to members of parliament. It should not be paid every four years … Each of the MPs collected over ¢ 4 billion (in ex-gratia). I went to them to tell them to cancel the ex-gratia and they fought with me.

“Why are the salaries of MPs not halved, … the MPs can also suggest that they will no longer take ex-gratia, they can also say that their sitting allowance should be reduced to support government policies like the Free Senior High School,” the CEO said.

“Yes, COVID-19 has not helped. But even before COVID-19, there were signs that the situation was getting a little bit challenging. So, the key thing is to be transparent with the people. Yes, the figures speak for themselves, but not everybody is as educated as we are. Not everyone understands what the numbers mean, so it is important to talk about it like we are doing. More important is for us to find solutions for the problem,” he said.

I'm Adwenpa-Hene |Blogger & Broadcaster Journalist. I am the CEO and manager of this noble website. I publish on Entertainment, Sports, Politics, Lifestyle, and Technology. You can also follow Us on : YouTube Channel - My Ghana Media TV, Facebook - MyghanaMedia TV , Twitter - @MyGhanamedia2 & Instagram - My Ghana Media TV. Email Address: [email protected] Contact Us: 0200818719
@@MyGhanamedia2
Previous We Must Open Up Against Limiting Women To Only The Kitchen- Hon. Abena Osei Asare.
Next “LEAD” Can Damage Child’s Brain, Prevent Them In Getting Contact With It – Ash. Regional Health Directorate To Ghanaian Parents.