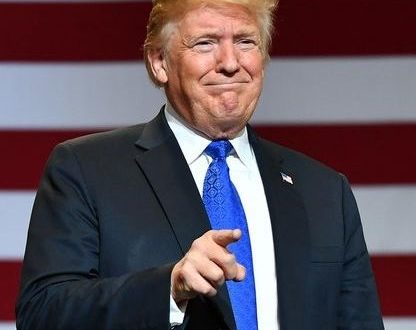 The former president of the United States, Donald Trump is under criminal investigation for potential violations of the Espionage Act and additional statutes relating to obstruction of justice and destroying federal government records, according to the search warrant executed by FBI agents at the former president’s home on Monday.

The search warrant – the contents of which were confirmed by the Guardian – shows the FBI was seeking evidence about whether the mishandling of classified documents by Trump, including some marked top secret, amounted to a violation of three criminal statutes.

Most notably, the search warrant authorized FBI agents to seize materials from Trump’s Mar-a-Lago residence to investigate crimes in connection with the Espionage Act, which outlaws the unauthorized retention of national security information that could harm the United States or aid an adversary.

The inclusion of the obstruction statute could be an indication that the justice department is investigating Trump not just over the potentially unlawful retention of records, but also whether he attempted to impede a separate, or wider, criminal inquiry.

The disclosures, which came in an attachment to the search warrant, mark a dramatic escalation in the justice department’s criminal inquiries into Trump. They represent perhaps one of the most treacherous legal and political moments faced to date by the former president.

The contents of the search warrant became public days after FBI agents seized 11 boxes worth of materials from Trump’s Mar-a-Lago resort in Palm Beach, Florida, including records considered so sensitive that they could not be individually listed in the “receipt” of what was removed.

The most sensitive set of documents removed from Trump’s post-presidency home in Florida were listed generically as “Various Classified/TS/SCI” – the abbreviation for top secret/sensitive compartmented information – the warrant shows.

The search warrant receipt did not provide any further detail about the substance of the classified documents. Other materials removed from Mar-a-Lago included binders of photos, information on the “President of France”, and a grant of clemency for the Trump political operative Roger Stone.

Caught at the center of a rapidly escalating controversy, Trump lashed out at the justice department on Friday, saying in a statement that he had declassified all of the records in question. “It was all declassified,” Trump asserted.

The former president’s claim was met with immediate scepticism, partly because the seized documents appeared to retain their original classified markings, according to a source familiar with the matter who spoke on the condition of anonymity to discuss an open investigation.

Trump has offered no details about how the supposed declassification took place, and a former Trump administration aide, Kash Patel, has said that even though Trump did declassify the records, the White House counsel’s office never provided the required paperwork.

But whether the former president actually declassified the documents may not ultimately matter. The Espionage Act, for instance, does not distinguish between classified and declassified materials – unauthorized retention of any document relevant to the statute remains a crime.

Documents marked as top secret are also meant only to be viewed in secure rooms known as sensitive compartmented information facilities, or SCIFs, and their presence in a basement storage area at Mar-a-Lago appears to satisfy the technical elements of a violation of law.

In a statement, the House intelligence committee chairman, Adam Schiff, said the classified documents found at Mar-a-Lago were a potential security issue. “Every day that information of such a classification sits in an unsecure location is a risk to our national security,” Schiff said.

“The protection of classified information, and particularly the protection of sources and methods, is an issue of the highest priority for the intelligence committee, and as we learn more, we will responsibly discharge our oversight responsibilities,” Schiff said. The committee the California Democrat chairs oversees the FBI as well as other federal law enforcement agencies.

Calls and texts to Trump’s lawyers and aides went unreturned after the contents of the warrant became public on Friday. A spokesperson for the justice department declined to comment.

The disclosure of the contents of the search warrant and the receipt came hours before the deadline for Trump and his legal team, led by Evan Corcoran, to oppose a motion by the justice department to make public both documents, which which are no longer under seal.

The motion to unseal, announced by Attorney General Merrick Garland in prepared remarks at the justice department on Thursday, does not currently include the affidavit accompanying the warrant that would give greater detail on the probable cause that led to the approval of the Mar-a-Lago raid.