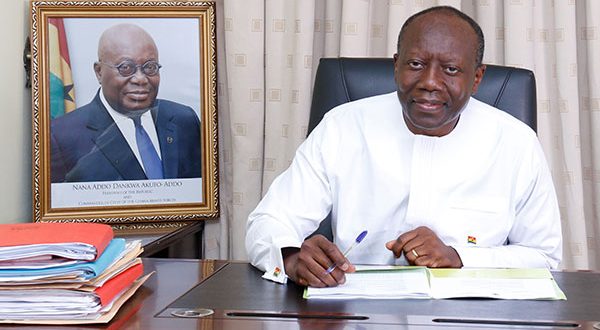 Minister of Finance Kenneth Nana Yaw Ofori-Atta has broken his silence on whether or not he is harbouring any presidential ambitions.

He told Paul Adom-Otchere on Metro TV on Thursday, November 18 that he is satisfied with contributing his intellectual abilities to the success of the government and Ghana, as a whole.

“Sometimes, people believe that it’s their energies and their intellect that brought them in [politics] but I just firmly believe that the LORD needs you and gives you the energy to do a specific job and when you begin to mission-creep is when you shipwreck,” he stated.

He minced no words by stating that he is not interested in becoming president “but what I believe He has purposed me to do which is to be technical [and] to use my brain and to support that”.

He cited how Jean Monnet, a civil servant, thought through the bringing together of European nations to found the European Union (EU).

“I think we should all understand what our God-given attributes are and not stretch it beyond what He has not mandated us to do.”

Mr Ofori-Atta, however, believes the New Patriotic Party (NPP) will still be in government in 2025 given the current policies being implemented under his ministerial supervision.