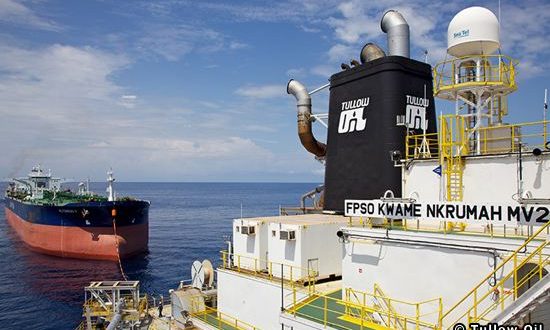 Finance Minister’s Discretion Over Oil Cash Must Be Reviewed – PIAC

A Member of the Public Interest and Accountability Committee (PIAC), Dr. Eric Defor, has called for an overhaul of the oil management law after 10-years of Ghana’s oil discovery.

Speaking to Francis Abban on the Morning Starr, Dr. Defor said that Ghanaians are asking the whereabout of Ghana’s oil money because they have not sufficiently felt it.

He added that people are not aware that the small projects they see around them are funded with Ghana’s oil cash adding that the situation calls for a review of the law in order to strength the use of the money.

See also  Report: Otumfour Will Not Be Attending The State Funeral Of Queen Elizabeth II

“I think that after 10-years of managing petroleum in this country, the law which is the Petroleum Management Act needs a major overhaul. We (PIAC) have made some recommendation and findings to Parliament and I think that those recommendations must seriously be considered,” he suggested.

Dr. Defor further explained that “For example, one of the major deficiencies is the power given to the Finance Minister to spend the Petroleum revenue as he wishes, in line with the National Development Plan or from the 12 priority areas that have been established under the law.”

The PIAC Member also asked that oil monies being invested in any project in the country must be substantial.

“We expect that petroleum revenue that is expected to go into a projects must be funded either purely with the revenue or if they are even going to be counterpart funding they should be substantial. Because we inspected a project that is worth a hundred and fifty-seven million Ghana cedis and only 3.7 million Ghana cedis oil revenue has gone in there, what impact will that oil revenue gone in there make,” he quizzed.