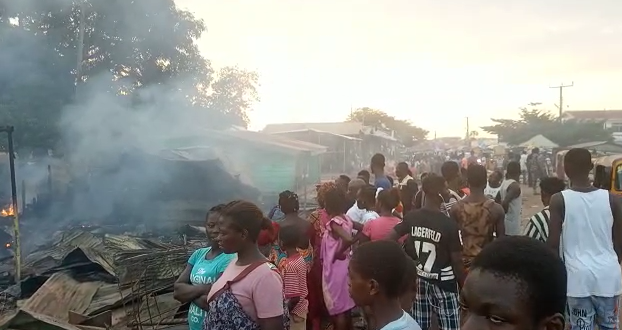 The community of Asankragwa in the Amenfi West District of the Western Region is currently in a state of disbelief following a fire outbreak that has destroyed several property.

The outbreak happened on Tuesday evening, at one of the busiest markets in the area.

According to eyewitnesses, the fire started from an unknown source and spread through the entire market.

Four shops have been confirmed burnt. All property in the shops were also been burnt. 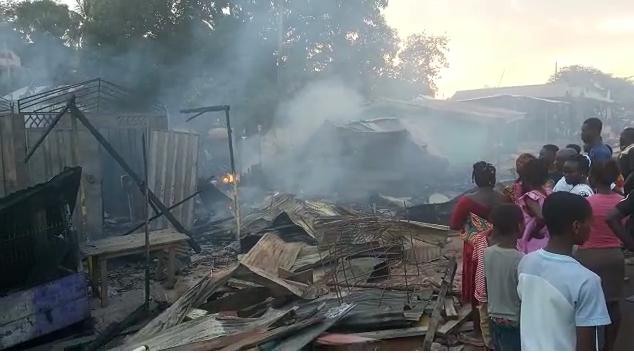 One of the affected shop owners, Robert Annor who is yet to come to terms with the disaster indicates that he stocked his shop with expensive liquors on Monday with huge sums of money. 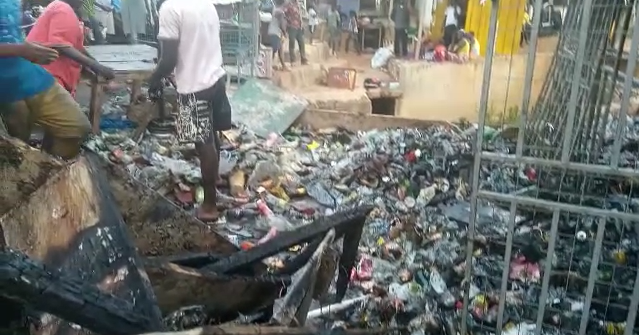 He says none of the liquors were sold before the fire broke out.

Personnel from the Ghana National Fire Service were at the scene to quench the fire but could not do so because the water in their tender was not enough, residents say.

Residents who were at the scene tried to put out the fire but their effort yielded no positive results.

Some of the affected items could be seen lying on the floor with residents trying to salvage what they could.

I'm Adwenpa-Hene |Blogger & Broadcaster Journalist. I am the CEO and manager of this noble website. I publish on Entertainment, Sports, Politics, Lifestyle, and Technology. You can also follow Us on : YouTube Channel - My Ghana Media TV, Facebook - MyghanaMedia TV , Twitter - @MyGhanamedia2 & Instagram - My Ghana Media TV. Email Address: [email protected] Contact Us: 0200818719
@@MyGhanamedia2
Previous We Are Not In Heaven – IGP Reacts To Calls For His Resignation
Next Gov’t Has Only 5000 Bulletproof Vests For Over 40,000 Police Officers – Interior Minister