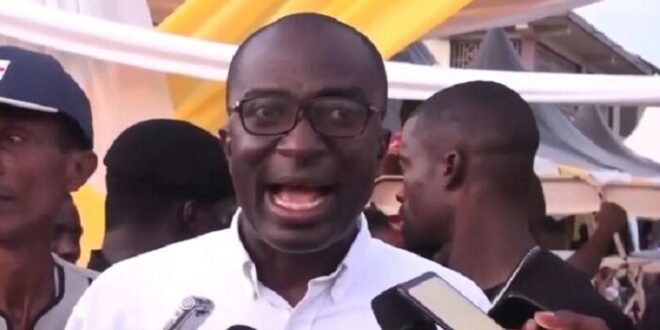 The Minority in Parliament is questioning the propriety of the relationship between Second Deputy Speaker, Andrew Asiamah Amoako and the New Patriotic Party (NPP) caucus.

The independent Member of Parliament for the Fomena constituency decided to align with the NPP side, making them the majority side in a near-hung Parliament.

But the Minority says it has gathered evidence that proves that, the independent MP, has joined the Majority caucus rather than merely doing business with them.

In an interview with Citi News, Minority Chief Whip, Muntaka Mubarak said his outfit will at the commencement of the second session challenge this and cause for a by-election to be held in Fomena.

“We believe that their relationship has gone beyond mere business. He has actually joined them. He walks out of the chamber with them, even as an independent Deputy Speaker. The Minority caucus is going to take this up.”

“He can’t feign independence and afterwards align with them.”

In another development, the Minority says they will not hold informal meetings with the Majority Leader aimed at building consensus in the second session of the Eighth Parliament.

This, according to Muntaka Mubarak, is because the Majority Leader often than not misrepresents the outcomes of such meetings.

“We are not going to engage him in any unofficial meetings. We will only have our engagements with him officially, where minutes are taken. We want to be able to refer him to the minutes of meetings, in case he attempts to go about spreading falsehood.”

“We are going to stick to the standing orders. He is not trustworthy, and he has consistently misrepresented what goes on in meetings.”