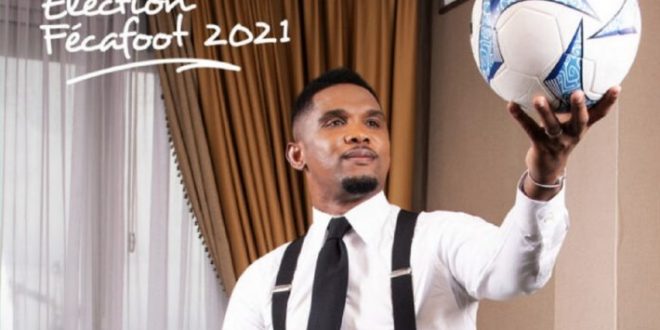 Former Cameroon football star Samuel Eto’o was elected president of the Cameroon Football Federation (FECAFOOT) on Saturday, a month before the country hosts the African Cup of Nations.

Samuel  Eto’o, who starred for Barcelona, Inter Milan and Chelsea during his professional career, will take over an organisation long tainted by infighting, mismanagement and allegations of corruption.

The four- time Africa best player winner polled 43 votes against his main rival Saidou Mbombo Njoya who polled 31 votes to be elected as the new president.

Samuel Eto’o Fils will lead the Cameroon Football governing body for the next four years.