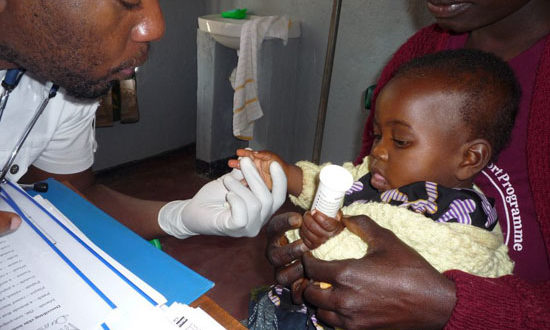 “This is not good because most of these children got it from their mothers. They were mainly mother-to-child transmissions and that is something we have to avoid,” the programmes manager of the National STIs and AIDS Control Programme (NACP), Dr Stephen Ayisi Addo, has said.

He has, therefore, advised pregnant mothers to get tested for HIV during antenatal clinics (ANC) for those who will test positive to be quickly put on treatment to prevent the transmission of the disease to their babies.

Dr Addo, who was speaking with the Daily Graphic in an interview in Accra, said the findings on mother-to-child transmission were further supported by other data NACP had been gathering, known as index testing.

Index testing is when a partner and the children are tested for HIV after a mother has tested positive for the disease.

“In fact, of the 14% of mothers whom we have tested and are positive, we are finding their children to be positive, which means that they were left unnoticed.

“We dug further and realised that some of those mothers did not go to ANC and so they did not receive the treatment to prevent transmission to their children,” the programmes manager added.
General situation

Dr Addo said most of the new infections in children were from their mothers, adding that some mature minors (children who behaved like adults in terms of sexual behaviour) were also vulnerable to contracting the virus.

He mentioned some of the factors that predisposed adolescents to HIV as peer influence, early sex, promiscuity, substance use (alcoholism) and ignorance.

On the implications of children contracting HIV, he said “it means that the nation is not going to end the HIV epidemic because of the likelihood of those children growing tired of taking their medication and, therefore, becoming the next generation to create resistance”.
Policy

The manager said the NACP policy indicated that by the time children reached 14 years, they should know their HIV status. However, most parents who had HIV positive children did not usually disclose their children’s status to health personnel.

He said the moment such children entered senior high school, it became difficult for them to take their medication because of stigma, adding that some hid to take them.

“They have to take the medication at a particular time, but it is not always convenient because the schools eat at specific times and so if they have not eaten, they are unable to take it.

“Again, during class hours, it is difficult to go out and take it. They also have difficulty coming for reviews because of issues of exeat because they are unable to disclose the real reason they need the exeats.

“Some of the schools don’t have infirmaries, and even if they have, they do not have trained personnel to attend to the specific needs of such students,” Dr Addo said.
Interventions

He mentioned interventions they were providing for both children and adolescents with HIV to include nutrition services, psychosocial support, introduction of service delivery sites so that once a child tested positive he or she would be quickly put on treatment and screening and testing in orphanages.

I'm Adwenpa-Hene |Blogger & Broadcaster Journalist. I am the CEO and manager of this noble website. I publish on Entertainment, Sports, Politics, Lifestyle, and Technology. You can also follow Us on : YouTube Channel - My Ghana Media TV, Facebook - MyghanaMedia TV , Twitter - @MyGhanamedia2 & Instagram - My Ghana Media TV. Email Address: [email protected] Contact Us: 0200818719
@@MyGhanamedia2
Previous Prince David Osei To Akufo-Addo: We Will Protest Against You If Things Don’t Change By December
Next DWoSO Mounts Pressure On Gov’t To Scrap 20% Tax On Menstrual Products 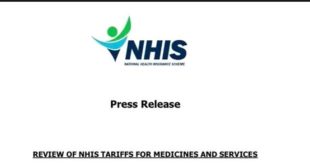 NHIS Service Tariffs Up By 10%

Korle-Bu Doctors To Embark On Strike Over Unpaid Arrears