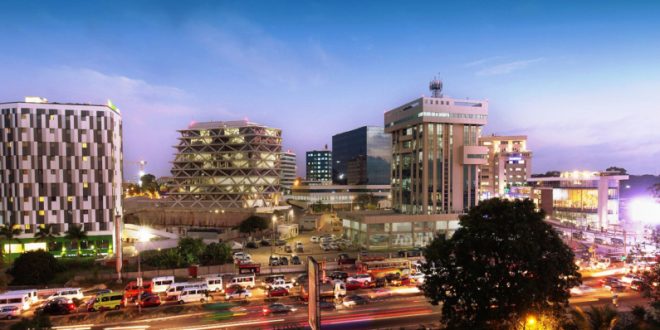 Ghana, Tanzania, Ethiopia And 31 Others Are On The World Bank’s Heavily Indebted Poor Countries’ List

There are currently about 34 African countries on the World Bank and IMF’s heavily indebted countries’ list, according to data obtained by Business Insider Africa.

The heavily indebted poor countries’ list is a joint initiative by the World Bank and the International Monetary Fund (IMF) which was launched in 1996.

According to information obtained from the IMF fact sheet, the aim of the initiative is to ensure that no poor country in the world ever faces a debt burden it cannot manage.

This debt relief initiative works in such a way that multilateral financial organisations (including the IMF and the World Bank) work in partnership with governments across the world to lower external debts of impoverished countries to sustainable levels.

Out of the 40 countries that are currently on this list, 33 are in Africa and they have a combined population of about 760 million people.

It is, however, important to note that being poor is not the only eligibility criteria for being admitted on the heavily indebted poor countries’ list.

There are a number of other requirements, including an established track record of capability to grow out of poverty over time. The IMF listed the full criteria as follows:

I'm Adwenpa-Hene |Blogger & Broadcaster Journalist. I am the CEO and manager of this noble website. I publish on Entertainment, Sports, Politics, Lifestyle, and Technology. You can also follow Us on : YouTube Channel - My Ghana Media TV, Facebook - MyghanaMedia TV , Twitter - @MyGhanamedia2 & Instagram - My Ghana Media TV. Email Address: [email protected] Contact Us: 0200818719
@@MyGhanamedia2
Previous Video: If You Don’t Understand ‘Digitised Economy’, Blame Your Sixth Form Economics Teacher – Bawumia Jabs Critics
Next Be Friendly To Your Wards And Provide Them With Financial Support After BECE – Parents Advised