Latest figures released by the Bank of Ghana indicate that in two months, the country’s public debt stock has increased by GH¢3.5 billion.

According to the latest Bank of Ghana’s Summary of Macroeconomic and Financial Data, the new debt figure of about GH¢336 billion brings Ghana’s debt to Gross Domestic Product (GDP) ratio to 76.4% as of the end of July 2021.

Despite the increase in the nation’s debt stock, the rate of increase has slowed down, when compared to the about GH¢30 billion added in April and May 2021.

However, a critical look at the data also shows that despite the rise in the debt stock in cedi terms, it decreased in dollar terms.

In an interview with Citi Business News, Economist and lecturer at the University of Ghana, Dr. Patrick Asuming explained that government needs to be cautious in its optimism despite the slow-down in the rate of increase.

“It’s good that there has been some slowdown, but I don’t think we should not get carried away. Our situation hasn’t really changed much from the last reading. I do really think that, that in itself, is the problem. The problem is, while we have been piling up the debt, we really don’t have much to show for it.

Even though we are recovering, the economy hasn’t been at its strongest. Also, in the last couple of months, the cedi has depreciated a little bit even though the dollar value looks smaller. It is obvious because we are repaying but because the currency has lost value, if you convert it to cedi, it looks like in cedi terms, it is higher,” he said.

I'm Adwenpa-Hene |Blogger & Broadcaster Journalist. I am the CEO and manager of this noble website. I publish on Entertainment, Sports, Politics, Lifestyle, and Technology. You can also follow Us on : YouTube Channel - My Ghana Media TV, Facebook - MyghanaMedia TV , Twitter - @MyGhanamedia2 & Instagram - My Ghana Media TV. Email Address: [email protected] Contact Us: 0200818719
@@MyGhanamedia2
Previous All You Need To Know About The $2bn Sinohydro Deal
Next Takoradi “Pregnant” Woman Pleads Not Guilty; Granted GHC50,000 Bail 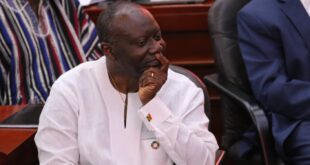 Joe Jackson To Ken Ofori-Atta: Taxes Must Go Up In Next Budget To Support Borrowing 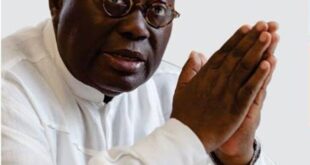 Akufo-Addo Promises To Keep ‘Dark Days Of Dumso Behind 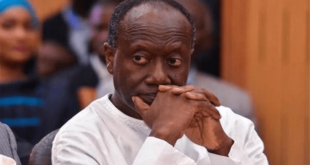