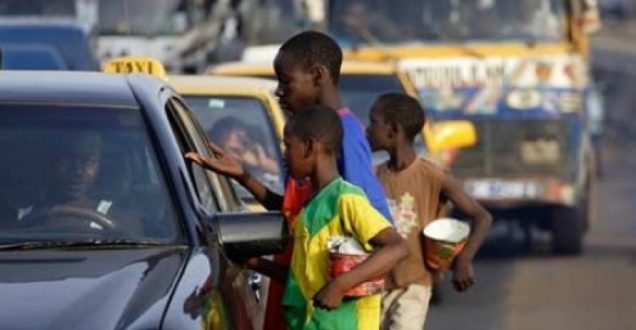 The Ghana Immigration Service in collaboration with the Niger Embassy in Ghana has repatriated a total of 1320 Nigeriens to their home country.

This was disclosed in a statement by the Ministry of Gender, Children and Social Protection on June 25.

The Ministry said the first batch of 515 Nigeriens were sent to Niamey in Niger on June 7 at around 12 midday by air. The second batch was also flown to their home country on June 8 at around 5 pm.

The repatriation efforts, the Ministry said form part of the government’s “Operation get off the street and street-connected project” to get beggars off the street.

The exercise started on June 5 after officials in the Consulate of Niger in Ghana mobilised human and financial resources and other logistics to repatriate its nationals.

According to the Ministry, “the returnees were found under bridges, traffic lights intersections, street pavements and other places begging for alms or loitering on the streets of Accra.”

This repatriation exercise, government says is part of the first phase of measures by the Gender Ministry to deal with the menace of streetism in the country.

The Ministry appealed to the general public to “support all efforts underway to reduce child begging and streetism.”

Earlier in June, 17 foreign nationals, who entered the country through unapproved routes along the Bunkpurugu area of the Ghana-Togo border were arrested and repatriated by the Ghana Immigration Service (GIS).

The migrants, comprising of 16 Togolese and a Burkinabe, were rounded up by security officers at a suburb of Bunkpurugu where they were hiding.

C/Supt Rev. Doku explained, however, that no evidence was found on the migrants to suggest their involvement in terrorism.

The 17 were, however, repatriated and handed over to the Togo Border Operatives for further actions. 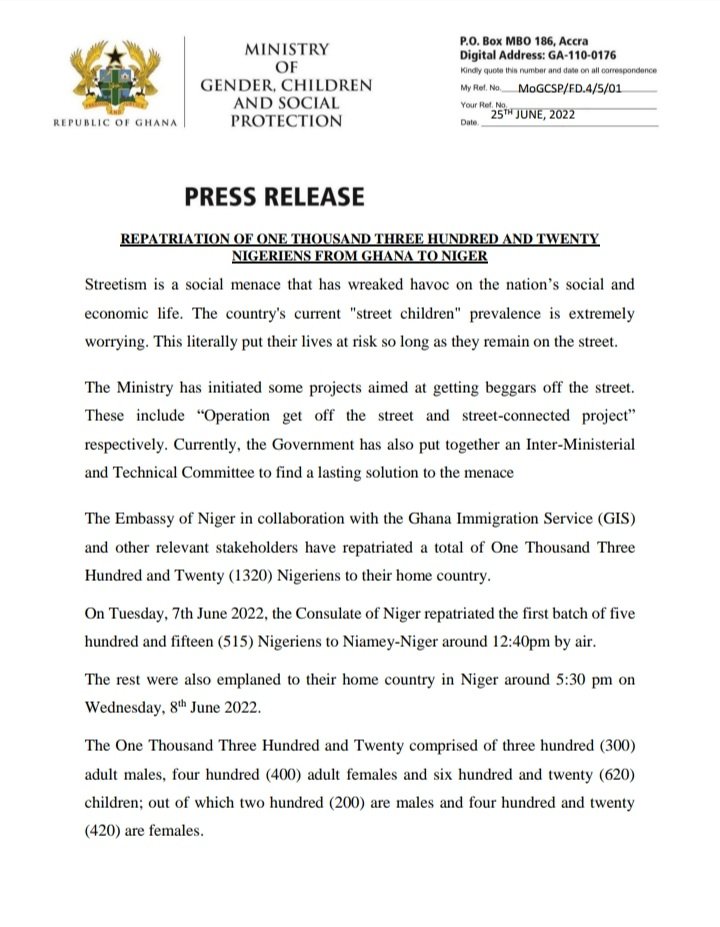 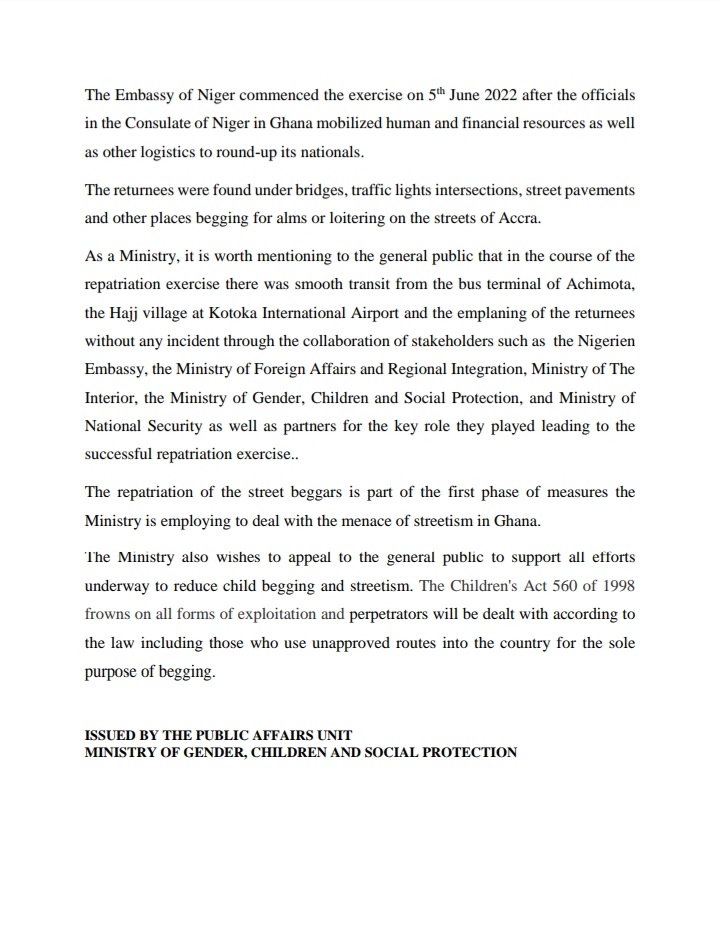