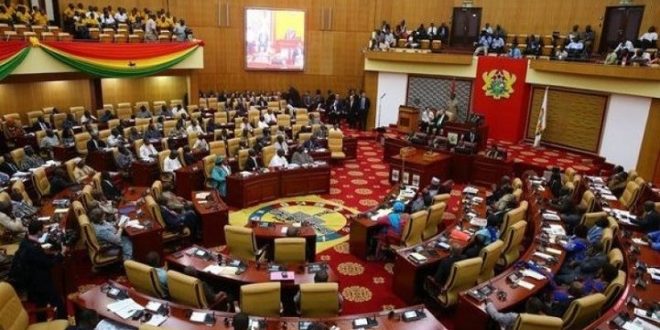 Parliamentarians present in the Chamber last week were left in shock, following names and votes of their colleagues who were absent that day but were captured in the parliamentary proceedings document.

According to information, prior to the adjournment of the proceedings, 41 members were present, yet, more than 100 people were captured in the Votes and Proceedings Document.

This among other reasons such as concerns of consistent low attendance recorded in Parliament in recent times, making it difficult for smooth parliamentary business, made the Minority Chief Whip and Member of Parliament (MP) for Asawase in the Ashanti region, Mubarak Mohammed Muntaka calling for the introduction and installation of a biometric registration system.

Speaking on the floor of the House, Muntaka said “The best way to deal with this issue is to have a biometric registration system so that you register as you enter the Chamber. I don’t know how difficult this is that we are not doing it.

“Some people come into the Chamber but are marked absent, and those who do not come are rather marked present. For instance, yesterday, I saw both the Majority and Minority leaders in the Chamber, yet, they were marked absent.”

He, therefore, called for investigations to be conducted to identify those who were absent yet had their names marked present in the document.

“We all need to take our work seriously. Mr. Speaker, we sincerely have to find out those who have made it their business to contract people to write their names even when they are not here. Mr. Speaker, we may have to charge the Clerk [of Parliament] to devise means to detect these people. I don’t want to believe it is we, the members ourselves, doing this, else it would be a shame on our part.

“Mr. Speaker, I think the best way is to do the biometric registration; that way, when you come, your bio and mine are different. There’s no way ambiguity can arise,” he said in a report carried by GBC.

Responding to the issue, the First Deputy Speaker and MP for Bekwai in the Ashanti region, Joseph Osei Owusu, chastised MPs for not showing up in Parliament to conduct their duties.
On Thursday, March 10, 2022 proceedings were adjourned due to the lack of quorum.

Speaking on the floor, Joseph Osei Owusu said there is no justification for MPs not to show up for their duties.

“The objection was raised at a few minutes past 11 am. I had the bell ring, and I said I will adjourn after 10 minutes, but we continued for nearly 1 hour. Then those who are saying they were at committee meetings, I have looked at the records and each one of you, your committees closed way before parliament come to a close,” the Deputy Speaker checked.

It must be noted that this is not the first time a complaint is being made about the absence of Parliamentarians from the Chamber.

It would be recalled that successive Speakers of Parliament have, on several occasions, rebuked MPs for refusing to attend proceedings. Despite several complaints, absenteeism in the House remains the same.

The Speaker of Parliament in 2021 reprimanded legislators for their chronic absenteeism.