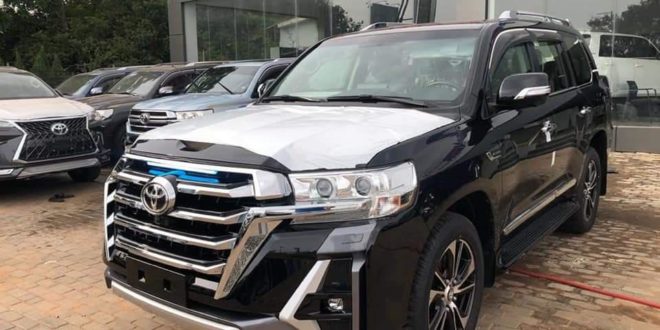 The government has placed a ban on the importation of SUVs (sport utility vehicles)  by public offices.

This forms part of measures adopted by the Akufo-Addo administration to address the current economic challenges facing the country.

Speaking at a press conference on Thursday, 24 November 2022, to announce measures adopted by the government to address the country’s current economic challenges, Finance Minister Ken Ofori-Atta said: “With immediate effect, the government has imposed a complete moratorium on the purchase of imported vehicles for the rest of the year”.

“This will affect all new orders, especially 4-wheel drives. We will ensure that the overall effect is to reduce total vehicle purchases by the public sector by at least 50 per cent for the period.”

The Finance Minister also announced a ban on foreign trips by government officials.

“Again, with immediate effect Government has imposed a moratorium on all foreign travels, except pre-approved critical/statutory travels; Government will conclude on-going measures to eliminate “ghost” workers from the Government payroll by the end of December 2022.”

On the Municipal and District Assemblies (MDAs) across the country, the government is reviewing expenditure in order to plan for the next 3 years.

“Discretionary spending is to be further cut by an additional 10%. The Ministry of Finance is currently meeting with MDAs to review their spending plans for the rest of the three (3) quarters to achieve the discretionary expenditure cuts; ii. these times call for very efficient use of energy resources”.

“In line with this, there will be a 50% cut in fuel coupon allocations for all political appointees and heads of government institutions, including SOEs, effective 1st April 2022,” Mr Ofori-Atta stated.

I'm Adwenpa-Hene |Blogger & Broadcaster Journalist. I am the CEO and manager of this noble website. I publish on Entertainment, Sports, Politics, Lifestyle, and Technology. You can also follow Us on : YouTube Channel - My Ghana Media TV, Facebook - MyghanaMedia TV , Twitter - @MyGhanamedia2 & Instagram - My Ghana Media TV. Email Address: [email protected] Contact Us: 0200818719
@@MyGhanamedia2
Previous Fuel Prices To Go Down By 15 Pesewas Per Litre Effective April 1
Next Gov’t Cuts Appointees Fuel Coupons By 50%