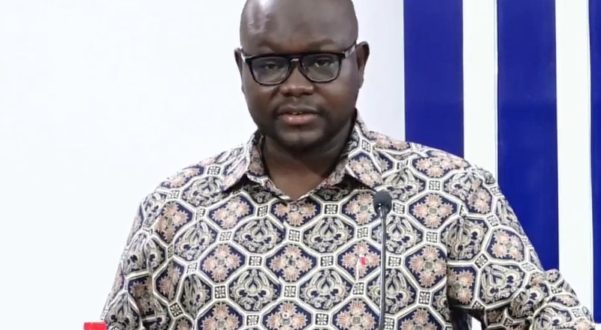 The Works and Housing Minister, Francis Asenso-Boakye has announced that government has secured 4,500 acres of land to build more affordable houses to reduce the country’s housing deficit.

According to him, under the National Affordable Housing Programme, the land secured has been earmarked for affordable housing construction at Amasaman, Amrahia and Afienya, all in the Greater Accra Region and Dedesua in the Ashanti Region.

Speaking at a press conference, Sunday, Mr Asenso-Boakye said, “the Lands Commission has commenced survey works at the sites for the sole purpose of developing service land banks for the affordable housing programme.”

He stated that with the country’s housing deficit estimated in excess of two million housing units, 60% of Ghana’s population need some form of government assistance to support them access housing, hence the need for government’s intervention.

On funding, the Works and Housing Minister said government is willing to grant incentive packages available in the law, to attract developers and investors willing to partner government in the area of affordable housing.

“It is envisaged that with the right mortgage arrangement being piloted jointly by the Ministry of Finance and the Ministry of Works and Housing under the National Housing and Mortgage Fund, banks can leverage on a credible mortgage system, to provide long term mortgage financing for prospective homebuyers,” he added.

Mr Asenso-Boakye stated that government believes this is one of the surest ways to secure sustainable financing for the low to middle income earners.

Commenting on abandoned projects commenced under previous administrations, including the controversial Saglemi project, Asenso-Boakye said the government is committed to complete all existing and stalled projects within the short term.

“This year, this government will not renege on its duty to ensure that Ghanaians obtain value for money. Government has explored several ways on the ways forward and at the right time, we shall communicate government’s chosen option to the good people of Ghana,” he added.

I'm Adwenpa-Hene |Blogger & Broadcaster Journalist. I am the CEO and manager of this noble website. I publish on Entertainment, Sports, Politics, Lifestyle, and Technology. You can also follow Us on : YouTube Channel - My Ghana Media TV, Facebook - MyghanaMedia TV , Twitter - @MyGhanamedia2 & Instagram - My Ghana Media TV. Email Address: [email protected] Contact Us: 0200818719
@@MyGhanamedia2
Previous Census Night 2021: Failure To Participate In Exercise Will Attract A Fine Or Imprisonment – Government Statistician
Next Sarah Out: Ada NPP Petition Against The Reappointment Ms. Sarah Dugbakie Pobee As DCE