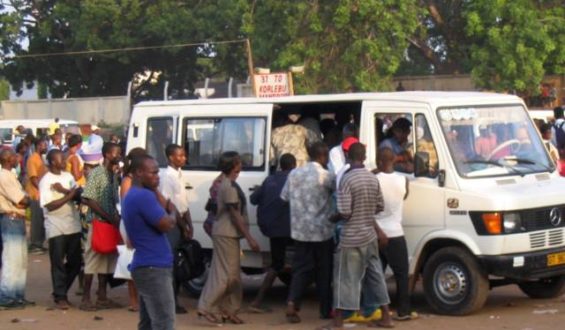 The Ghana Private Road Transport Union (GPRTU) has announced that commuters should expect an increment in transport fares from Saturday, February 26.

Speaking in an interview with , the Union’s Public Relations Officer, Imoro Abbas said they are currently engaging government on what percentage the upward adjustment should be.

“We have no choice because we initially asked for government to scrap some of the taxes, but they were not prepared to do that. So we have no option but to come out with an upward adjustment to lorry fares,” he told Ayisha Ibrahim on Thursday.

He further noted that the leadership of the GPRTU will meet government again since disagreements over the percentage increment have resulted in most of their meetings ending inconclusively.

“We asked for 30 per cent increment, finally we were down to 20 per cent but government stuck to 10 per cent of which we asked for more.

“Fortunately for us, there has been another upward adjustment of prices at the fuel pumps. So next week, we are going back and with what is happening now, when we go into the meeting, we will get a good rate for our people,” he noted.

Meanwhile, the Private Commercial Transport Operators has declared that effective Friday, February 18, transport fares would be increased by 30 per cent.

According to the transport owners, the decision is to save transport businesses from collapsing given the frequent upward adjustments in fuel prices.