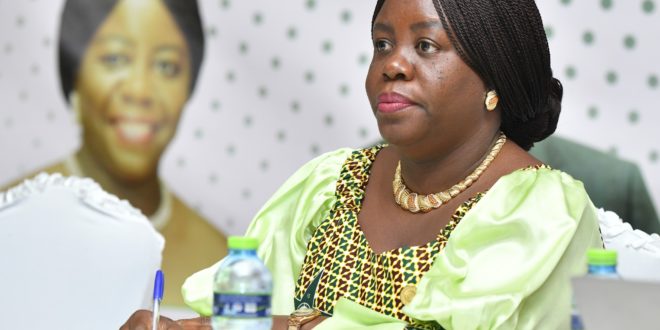 The leadership of the Ghana Registered Nurses and Midwives Association (GRNMA) has registered its dismay and disappointment at the proposed Debt Exchange programme announced by the Minister of Finance Ken Ofori-Atta.

The association in a statement said it rejects the government’s proposal.

The association explained the basis for its rejection stating that “Pension funds are a collection of contributions of individuals. By design they are meant to protect the vulnerable during retirement. Any treatment of “individuals” as stated by the Minister of Finance must be indeed extended to all individuals as with pension funds including our GRNMA Fund, a Provident Fund for over 101 ,000 contributors who are nurses and midwives within the nursing and midwifery fraternity;

“Pension funds, particularly Tier 3 schemes, were encouraged to hold their investments for a minimum of 10 years. From its inception in 2012, most schemes have just met the 10 years or will be 10 years next year. Debt exchange for pension funds will mean that workers will not have access to Tier 3 funds after waiting for 5 – 15 years. This is simply unacceptable! By the National Pension Regulatory Authority’s (NPRA) regulations, all Pension Schemes have most of their assets in GOG securities. Trustees of these Pension Schemes were bound by regulation in the asset allocation policy by the NPRA. It will therefore be untenable for the poor worker to suffer under the proposed new bond issuance as part of the debt exchange. Government should therefore allow our Bonds to run until their maturity.

“Pensioners should not be made to suffer the consequences of Governments fiscal indiscipline when they have paid their fair share of taxes, worked to build the economy whiles taking very low salaries; It is unacceptable that a Government that budgets 18% inflation in 2023 will consider zero interest rate for pension funds of poor, hardworking, law abiding citizens within the same period.”

It added “As a matter of urgency, government must withdraw the inclusion of pension funds from its debt exchange program and allow the funds as invested to run until their maturity.”

The Finance Minister Ken Ofori-Atta during the launch of the programme in Accra on Monday December 5 said the Government of Ghana expects overwhelming support for the debt exchange programme.

In his view, the programme is the surest way of restoring the Ghanaian economy back on track to create jobs and protect income of the people.

Launching the programme in Accra on Monday December 5, he said after citing best practices in countries such as Greece, that the debt exchange programme “is an orderly way to put our economy back on track in order to create jobs, protect income and restore hope to the Ghanaian people.”

“the govt expects overwhelming support for this exchange programme,” he stressed.

He further dismissed speculations that there is going to be haircuts following the programme.

“There will be no haircuts,” he said.

He further justified the introduction of the debt exchange programme.

He stated that it has become necessary because of the enormous challenges with debt servicing.

He revealed that debt servicing is consuming “almost of government’s revenue and also 70 per cent of tax revenue.”

“Which is why we are announcing this to restore our capacity to service debt,” he stressed.

Under the debt exchange programme, he said, ” domestic bond holders will be asked to exchange their instruments for new ones.”

See also  My Wife Is Tired Of My Rants – Sam George

“Coupon payments will be semi annual ‘ he stressed

Find the full press statement below: