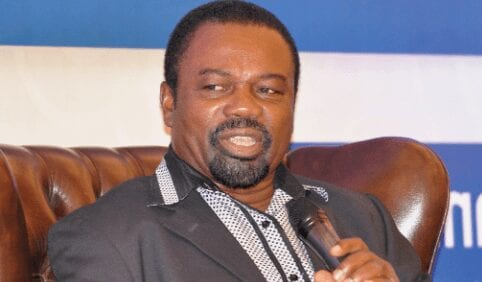 The Dean of the Armed Forces Command and Staff College, Professor Vladimir Antwi-Danso says the imposition of protocols on countries after the coup are not helping but rather a punishment to the citizens living in the country.

According to Prof. Antwi Danso the Economic Community of West African States, ECOWAS and the African Union have become reactive anytime there is an overthrow of the government.

On Sunday, the members of Guinea’s armed forces announced that it had seized power and detained President Alpha Conde.

The Army also said it has dissolved the Guinean constitution.

Speaking on the Sunrise morning show with host Alfred Ocansey on 3FM 92.7, Prof Vladimir Antwi – Danso said “We sit down for this to happen. Can we have something else to make sure these things do not happen at all. Burundi we threatened and threatened them and we said we would instigate force but were unable to even assemble that force; Cote D’Ivoire we said we were going to have 6,500 -man contingent we never intervened. So on and on and on these things will continue to happen when there are crisis situations and we are incapable”

“The imposition of these protocols have never helped anywhere in the world. We dismiss the country; we say we don’t recognize you, infact we rather punish the people within. For example Mali they didn’t have access to their own money”.

Prof.Antwi Danso called for a revision of the peer review mechanisms.

“We should revise it in such a way that when the senior members are doing things that would bring problems, let us advise them. Yes the protocols are clear we won’t recognize you when there is a forceful takeover but when you punish them too much you are exacerbating the situation. We should ensure there is civilian rule”.

He said it has serious developmental challenges for the whole sub region.

Meanwhile, ECOWAS, led by its Chair, President Akufo Addo of Ghana has warned the army to return the country to constitutional rule or risk being sanctioned.