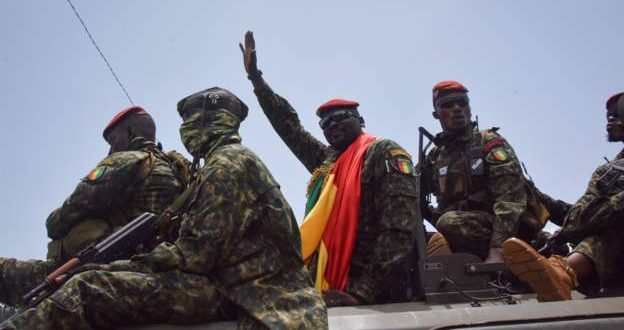 Guinea Junta Leader To Be Sworn In As President

Guinea’s military leader Col Mamady Doumbouya will on Friday be sworn in as the interim president.

The ceremony will be held at the presidential palace and will be attended by those who have been invited only.

He is expected to form a government in the coming weeks.

Col Doumbouya said his soldiers had seized power because they wanted to end rampant corruption, human rights abuses and mismanagement.

President Condé was re-elected for a controversial third term in office amid violent protests last year.

The veteran opposition leader was first elected in 2010 in the country’s first democratic transfer of power.