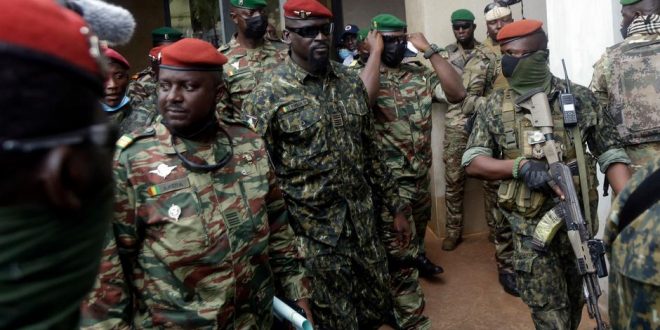 Regional leaders have put pressure and sanctions on the junta members.

The Guinean junta, which overthrew Conde on September 5, said it will not cave to demands from regional mediators. It also dismissed chatter that West African leaders had negotiated a way for Conde to leave Guinea.

On state television, the junta’s statement read in part, “The former president is and remains in Guinea. We will not yield to any pressure.”

Ouattara told Radio-Television Guineenne (RTG) at the Conakry airport: “I met my brother Alpha Conde, who is doing well. We will remain in contact.”

Thursday, ECOWAS slapped targeted sanctions on the Guinean junta leaders ranging from travel restrictions to the freezing of bank accounts for the leadership and their families.

The sanctions are in response to the junta’s decision not to free Conde.

Who is Alpha Conde?

Conde was deposed on September 5. He was detained during the coup.

Conde first came to power in 2010, during Guinea’s first democratic elections since independence from France in 1958.

Last year, Conde pushed for a constitutional referendum to make it possible for him to seek a third term in office. This led to massive demonstrations which often turned violent.

He did win a third term though in October only to be ousted in a coup ten months later.

Guinea: Defiant Coup leaders "ECOWAS does not decide for us". pic.twitter.com/2pdmj7ijio

Spread the love From November 1, this year, tricycles, popularly known as “aboboyaa”, will not …