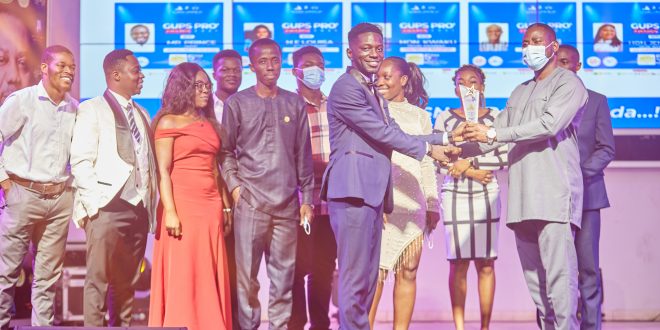 The Paul Adu-Gyamfi led administration won prestigious awards in nine (9) different categories in one night during the Ghana Union of Professional Students (GUPS) PRO Awards. The event took place at the Ministry of Information GNAT Hall on the 26th of November 2021 as Dr Matthew Opoku Prempeh, Minister for Energy and a Member of Parliament for Manhyia South Constituency in the Ashanti Region of Ghana, was the Special Guest of Honor. 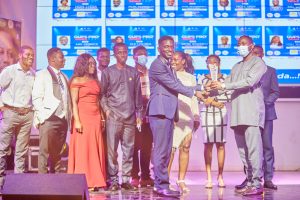 Wisconsin School of Nursing has also been adjudged the overall best Professional Healthcare school of the year. It is an institution that promotes excellence in teaching combined with practicals. This award was attributed to the ultra-modern and one of the best skills laboratories in West African. The School of Nursing has an incremental pass rate for nursing and midwifery students at the Nursing and Midwifery Council of Ghana’s licensure examinations.

The Association president for the Nursing and Midwifery Association of Wisconsin dedicated the award to Dr Angela Kwartemaa Acheampong, a Senior Lecturer and Dean for the School of Nursing, Wisconsin International University College, Ghana. Together with the clinical team, her contribution towards making Wisconsin International University College stand tall amongst all other institutions is incomparable. 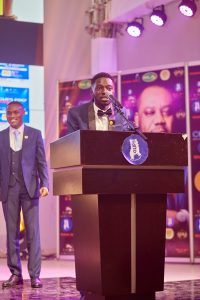 The Paul Adu-Gyamfi led administration won the Best Professional Students’ Representative Council (SRC) with his council members. The SRC has contributed towards serving the possible interest of students and played a significant role in implementing policies that supports the welfare of the student body. 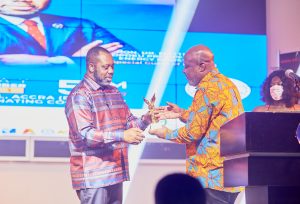 “On behalf of the Students’ Representative Council, I would like to express my sincere gratitude to GUPS executives and organisers for recognising the hard work of the SRC as we got into office. The journey towards the SRC has not been easy, but with the deliberate endeavours of my capable Executive officers, we have come this far, and it is such a great honour to receive this award. Thank you very much,” he said. 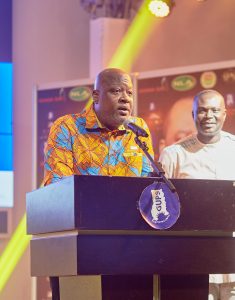 The Chancellor, Rev. Dr. Paul Fynn, was also awarded as the Best Professional Head of GUPS institution for his leadership in driving the innovations transforming professional student experiences in Ghana. The Chief Justice of WIUC-SRC, His Lordship Prince A.A. Sadat also grabbed the Best Professional Student Personality of the year. Mr. Norbu Ebenaita (Dj Selorm), the SRC Public Relations Officer, won the Professional Creative Student of the Year. The hall president for John Sackey Hall, Mr. Nii Nortey Stephen, took the Best Professional Student Politician Awards; he doubles as the Chairman of the Council of hall representatives. The Wisconsin campus branch of the Tertiary Students Confederacy (TESCON) of the New Patriotic Party (NPP) took the best professional Tertiary organisation of the year, The president and Communication Director, Prince A. A Sadat and Stephen Nii Nortey respectively took the award on behalf of the organization.

See also  C/R: Chief Fined For Having Sex With Woman And Her Daughters at Assin Atwereboanna