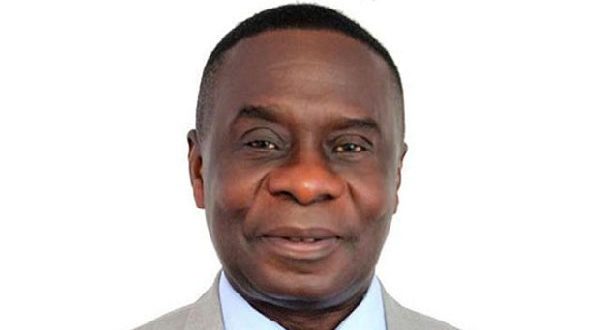 James Gyakye Quayson, has filed for a review of the decision of the Supreme Court to injunct him from holding himself out as Member of Parliament (MP) for Assin North and performing duties as an MP, arguing that there has been a miscarriage of justice.

The review which was filed yesterday, is for the Supreme Court, to overturn its 5-2 majority decision given on April 13, 2022 in the case of an NPP member Michael Ankomah-Nimfah of Assin Bereku, who has the Legal Director of the ruling party, Frank Davies as his lawyer with the Attorney-General and Minister of Justice, Godfred Yeboah Dame, in his corner working against the MP from the opposition National Democratic Congress (NDC).

A copy of the 42-page review application in the custody of The Herald Newspaper noted that “there are exceptional circumstances in this case that necessitate a review by the court of its decision of 13th April 2022 which has occasioned a grave miscarriage of justice against the people of Assin North as well as myself”.

In the review filed on his behalf by Justin Pwavra Teriwajah, Mr Gyakye Quayson, asked the court to reverse what he “believes are patent and fundamental errors in the majority ruling”, adding that “it is in the interest of justice that this court reviews its decision of 13th April 2022”.

It has been revealed that at the hearing of the application for interim injunction, the lawyer for the EC, stated that he was opposed to the application and argued that if the Plaintiff/Applicant wished to enforce orders of the Court below, the Supreme Court was not the place to do it, but interestingly, none of the media houses reported his position, however, only in the dissenting opinion of Justice Nene Amegatcher was this point upheld.

Whilst, there was no allusion to what the EC lawyer said in Justice Kulendi’s ruling on behalf of the majority, Justice Amegatcher, said in his dissenting ruling that the Supreme Court is not the place to enforce High Court judgments or orders.

After the Supreme Court ruling, a fellow of the Center for Democratic Development (CDD), Professor Stephen Kwaku Asare, noted that there were a lot of procedural confusion in the judgement injuncting the Assin North MP, from performing his Parliamentary duties.

According to him, the Cape Coast High Court, had no basis granting the injunction which has been enforced by the Supreme Court.

He explained that in granting the injunction, the High Court, had sought to interpret Article 94(2)(a), an action which is the reserve of the Supreme Court, and had further added timelines to the Article.

He further stated that the Supreme Court assenting to the injunction, only served a stamp of approval to the judicial error which now has left the Assin North people unrepresented in Parliament.

Meanwhile, there is no solution to the lacuna created as a result of the injunction in Parliament.

“But there is a judge somewhere in Cape Coast who has interpreted Article 94(2)(a) and told the Plaintiff ‘hey Plaintiff, I’m going to grant you all your reliefs.’ And the Supreme Court is sitting there saying ‘well yes, we don’t understand Article 94(2)(a) but we’re going to interpret it.

“But meanwhile we think it is okay for some High Court judge not only to interpret it but to issue and grant injunctions setting aside the wishes of voters’, when there is a law that voters decisions must be entreated with the highest level of deference and they are not to be set aside willingly.”

“And remember he even injuncted the MP on 6th January, he didn’t want the MP to sit in Parliament even before Parliament convened, even before hearing the matter.”

Prof. Kwaku Asare, further explained that in granting the injunction, the High Court judge had ignored the fact that the MP had a year before the elections filed an application to Canadian authorities renouncing his citizenship.

He had also surrendered his passport, his certificate of naturalization and had departed from the country to Ghana, thus severing all forms of allegiance he might have held with Canada.

“Now, here’s one thing that people should take into account, at the trial court, the High Court in Cape Coast, there was really no trial. There was no trial. The High Court simply took the arguments of the two parties, went to Wikipedia and copied some phrases from Wikipedia and based on that ruled that the MP owed allegiance to Canada,” he said.

“And what the High Court judge is doing is retroactively saying that this clause that was there for whatever reason he’s going to apply it to a person who the citizenship of another country except in this case the MP had subjectively renounced the citizenship of Canada,” he added.