Breaking News
Home / GENERAL NEWS / Health Minister: I’ve Been Lambasted To The Extent That I Don’t Have Any Image In This Country 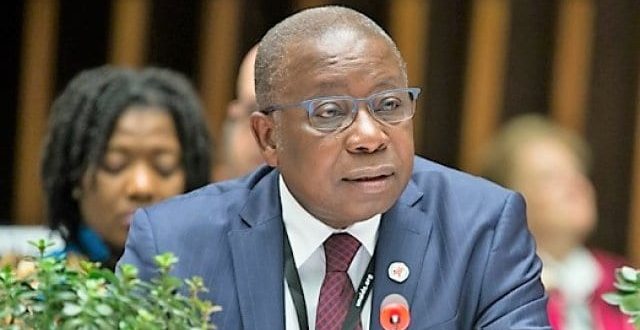 Health Minister: I’ve Been Lambasted To The Extent That I Don’t Have Any Image In This Country

Health Minister, Kwaku Agyemang-Manu has said he has suffered from his quest to ensure that the larger population of Ghana gets vaccinated against the dreaded coronavirus.

According to him, while he was in a haste in searching for vaccines giving the times the country found itself, his own colleagues in Parliament were lambasting him for not coming to Parliament to seek approval.

But these same colleague of his, he added, are now complaining that the government has not met its target as far as the vaccination is concerned.

His comments were in reaction to to what Juaboso Member of Parliament, Kwabena Mintah Akandoh said to the effect that the government had failed to meet its own target of vaccinating the targeted population.

Mr Akandoh said the government had so far managed to inoculate 2.5million people as of October 2021, a figure that is against the target of 17 million people for the same period.

It is recalled that President Nana Addo Dankwa Akufo-Addo said during his address at the 76th Session of the UN General Assembly on Wednesday September 22 that Ghana was working to reach the target of vaccinating twenty million people by the end of 2021.

“Five million is not a figure to be sneered at, particularly when we consider the situation in many other African countries. We are grateful that our efforts at the management of the pandemic and vaccine distribution have been recognised, and we have received these amounts so far. We are still hoping to vaccinate twenty million of our people by the end of the year,” he said.

President Akufo-Addo continued, “Ghana agrees with the call of the Rome Declaration of Global Health for voluntary licensing and technology transfers to boost vaccine production. The Africa Union is working with WHO, WTO and other global partners to expand its vaccine manufacturing and deployment.”

But contributing to a debate on the 2022 budget statement in Parliament on Wednesday November 24, Mr Akandoh who is also the Minority spokesperson on Health, said “Mr Speaker, it is a fact that as a country we have failed to vaccinate our people on time to meet the herd immunity. Mr Speaker, I say so because the government presented to us a vaccination plan and this document is titled ‘ Covid-19 vaccination deployment and vaccination plan’.

See also  Sad News: Mutilated Body Of A Woman Found In Her Own Farm

“Ironically, if you refer to the 2022 budget we have vaccinated on 2.5million. Per their own marking scheme, 2.5 divided 17 is an obvious fail.”

Reacting to these comments in Parliament, Mr Agyeman Manu who is also lawmaker for Dormaa Central said “Our debt situation is not anything that anybody can write home about but let us look at how some of these monies have been spent.

” When I was rushing to get the vaccines to do vaccination very quickly to meet our Covid target, I was called culpable of not having come to Parliament and I have been lambasted to the extent that now, I don’t have any image in this country, [by] your own colleagues in the chambers. Now you stand up and tell me that our vaccinations have been very slow.”