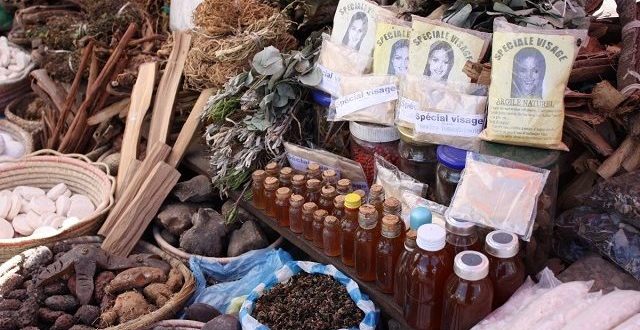 Herbs : The Good And The Bad

The subject of whether or not to patronise herbal products in managing ailments has been with us for some time now.

A few weeks ago, a medical officer at the Tamale Teaching Hospital was reported to have warned the public against such patronage because of the danger some of these herbs pose. It turned out that his warning was not contextualised.

What he said, it turned out, was that herbs which are unscientifically tested should be avoided because of the possible danger these could pose to the user, which is true anyway.

Be it as it may, Prof Raphael Nyarkotey Obu, a naturopathy expert’s dissection of the subject makes instructive reading.

Those who are quick to condemn herbal medicine the way we often hear or even read should be careful about the manner in which they convey their messages. They may end up misleading the public in their efforts to rather assist them.

As the professor pointed out in an article, many conventional drugs originate from plant sources. He added that “about a century ago, most of the effective drugs were plant based. Examples include aspirin, (from willow bark), digoxin from (foxglove), quinine (from the cinchona bark) and morphine from the (opium poppy.)

What we expect our experts from the scientific and academic sphere to do is reach out to our herbalists and engage with them more, with a view to learning about the herbs they use to manage some ailments.

We acknowledge the hard work being done by the centre for the study of plant medicine, a state agency, in the country. We are also aware about the work of the Pharmacy Department of the Kwame Nkrumah University of Science and Technology in this direction. We, nonetheless, ask that more be done in streamlining the production and use of herbs with a view to making them safe for administration.

The Chinese, Arabs and others use herbs which have served them over the ages. In the Northern parts of the country, the role of local bonesetters who use herbs is household knowledge.

Herbs, have for a long time, been used to manage boils and other ailments in our local ambiences. We have learnt about how herbalists manage some ailments which hospitals are unable to. Such feats are dismissed outright without actually researching them. Patrons of herbs prescribed by herbalists claim recovery after visiting herbalists and following their treatment plans.

Of course, there are charlatans in such occupations but the good ones too exist, their services spanning ages and their knowledge in some cases belonging to families or even clans.

The case is for our medical scientists as pointed out earlier, to engage with them so that certification of sorts can be thought out.

What about our local vaccinations against some ailments which are administered through incisions on some parts of the body, and the application of powdery substances made from plants? How much research has gone into this?

We are not encouraging the abandonment of our conventional hospitals and wholesale patronage of herbs. That is not the point. We only seek to point out that an outright condemnation of herbs is not the way to go because, herbalists are an integral part of the medical delivery system. Many patronise them and so the scientists must rather study the products, identify them and standardise their use and recommend the ban of those which are found to be toxic.

Some herbs are dangerous and could be responsible for the upsurge of some diseases in recent times. There is no dispute about this fact.

I'm Adwenpa-Hene |Blogger & Broadcaster Journalist. I am the CEO and manager of this noble website. I publish on Entertainment, Sports, Politics, Lifestyle, and Technology. You can also follow Us on : YouTube Channel - My Ghana Media TV, Facebook - MyghanaMedia TV , Twitter - @MyGhanamedia2 & Instagram - My Ghana Media TV. Email Address: [email protected] Contact Us: 0200818719
@@MyGhanamedia2
Previous If You Don’t Stop Selling Your Votes, Politicians Will Always Take You For Granted – Ghanaians told
Next Gov’t Is Incompetent and Inefficient If Petroleum Problem Is Blamed On Ukraine/Russia War – Top Journalist Jabs