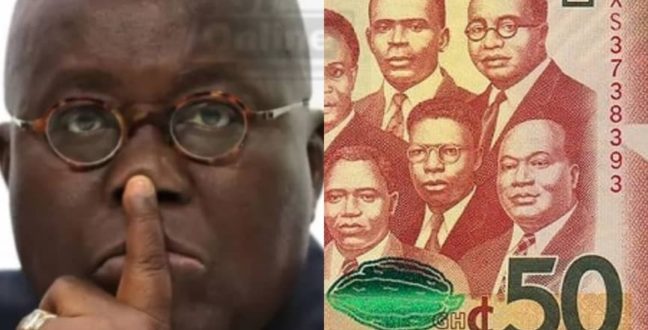 He said ‘ekom efrɛ dede’ to wit hunger, causes one to make a lot of noise.

President Akufo-Addo in his address on Sunday called on Ghanaians to stop the unfounded speculations about the value of the local currency against other major trading currencies across the globe following the depreciation of the cedi.

He said the speculations have contributed to the consistent depreciation in the value of the cedi in recent times.

Cautioning against the act, he said government will deal with all persons who publicise such false pieces of information on the value of the Cedi.

Reacting to this on his tweeter post, the former Finance Minister, Dr Kwabena Duffour’s Spokesperson stated that the President’s comment is “ill-advised.”

He added that if money does not like noise, as the President stated, then Akufo-Addo should keep in mind that ‘ekom efrɛ dede’ to wit hunger, causes one to make a lot of noise.

“Let us rescue our economy to end the hardship, pain and suffering of our fellow citizens. We are a great Nation and we have the capacity to rebuild our economy again as we did during 2009 –2012.”

When asked if it is the right timing for his candidate to declare interest in the flagbearership amidst the current economic downturn, he stated that Dr Dufuor is the perfect candidate to turn things around for the country and rescue the nation from the economic challenges due to his background.

“Here is the son of the soil whom you know has been one-time Governor of the Bank of Ghana (BoG) and other time as Minister of Finance, he has been an entrepreneur etc and he is saying he humbly humbles himself for national service to rescue our nation.”

Listen to the audio below